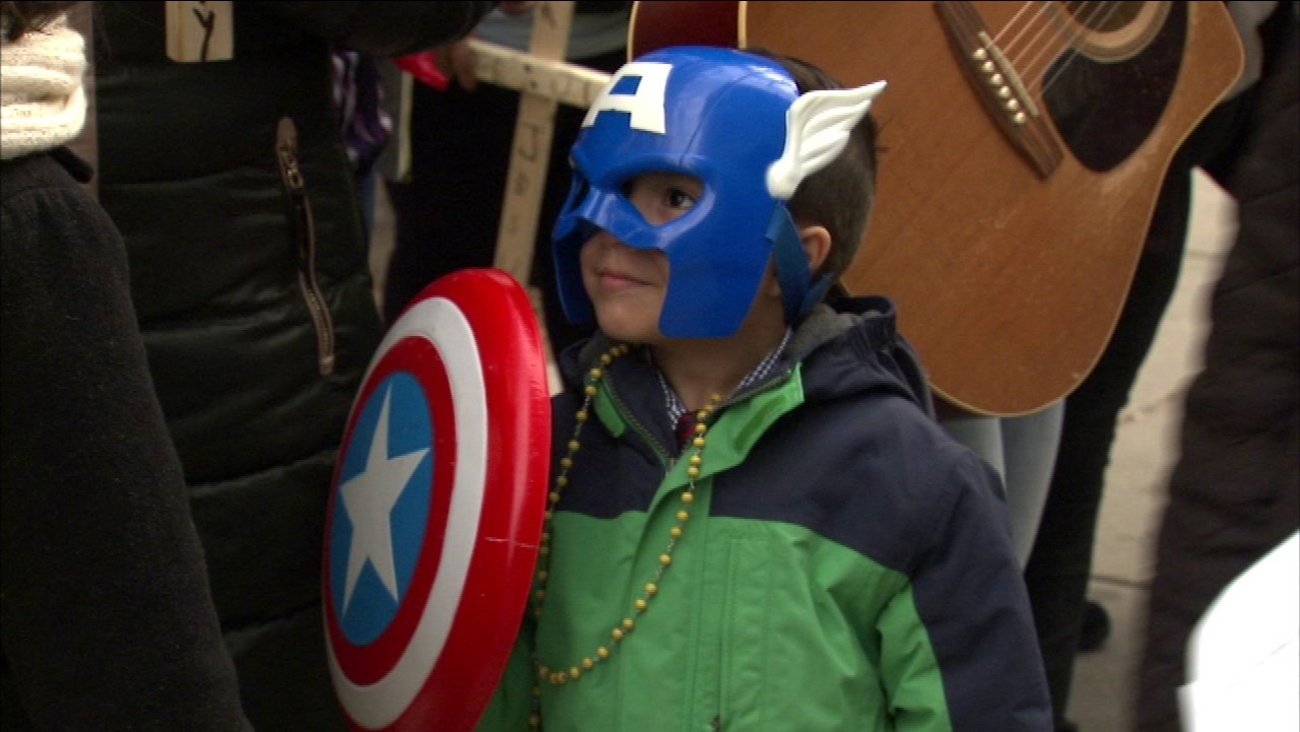 WAUKEGAN, Ill. (WLS) -- A five-year old boy from Waukegan temporarily won his fight to stay in the United States on Friday.

Iker Velasquez was born in Central America but moved to the U.S. as a toddler. His story is one that tens of thousands of children are facing across America.

His parents said their peace activism put them and their son at risk.

They wanted to help their native country of Honduras but when it appeared they could be the next activists killed, they fled. Now they're waiting and praying for their requests for asylum to be granted.

Some said Iker was pretty heroic.

"Waukegan is my home. I live here," he said.

A five-year old boy from Waukegan temporarily won his fight to stay in the United States.

That's what he told a federal immigration judge. Iker had a lot of company Friday at a hearing regarding his request for asylum, fearing persecution in his native country Honduras.

The other children with him were also in the process of being deported.

"He's from a gang infested country and he traveled 2,000 miles and showed up at the footstep of the U.S. border with all of the other children in 2014," Chris Helt, Iker's attorney, said.

Before and after the hearing, there were many prayers for Iker and the thousands of children estimated to be in the process of being deported from the United States.

"This is a humanitarian crisis that impacts everyone. The immigration laws are broken and they need to be fixed," Julie Contreras, League of United Latin American Citizens, said.

Iker's parents are also seeking asylum. They told immigration agents they were part of a peace movement in Honduras targeted by gangs.

They said the last straw was when their boss was brutally beaten to death. They grabbed their son and came to the United States.

Iker was a toddler when he left Honduras and doesn't remember much.

"In Honduras, there are spiders and bad persons. That's why I don't want to get back there," he said.

A final decision on his status is expected in November 2019. Until then, he can remain in the country legally.

One member of the Velasquez family is a citizen. His baby brother was born here.

The family is being hosted by a Waukegan church with 40 other families fighting deportation.