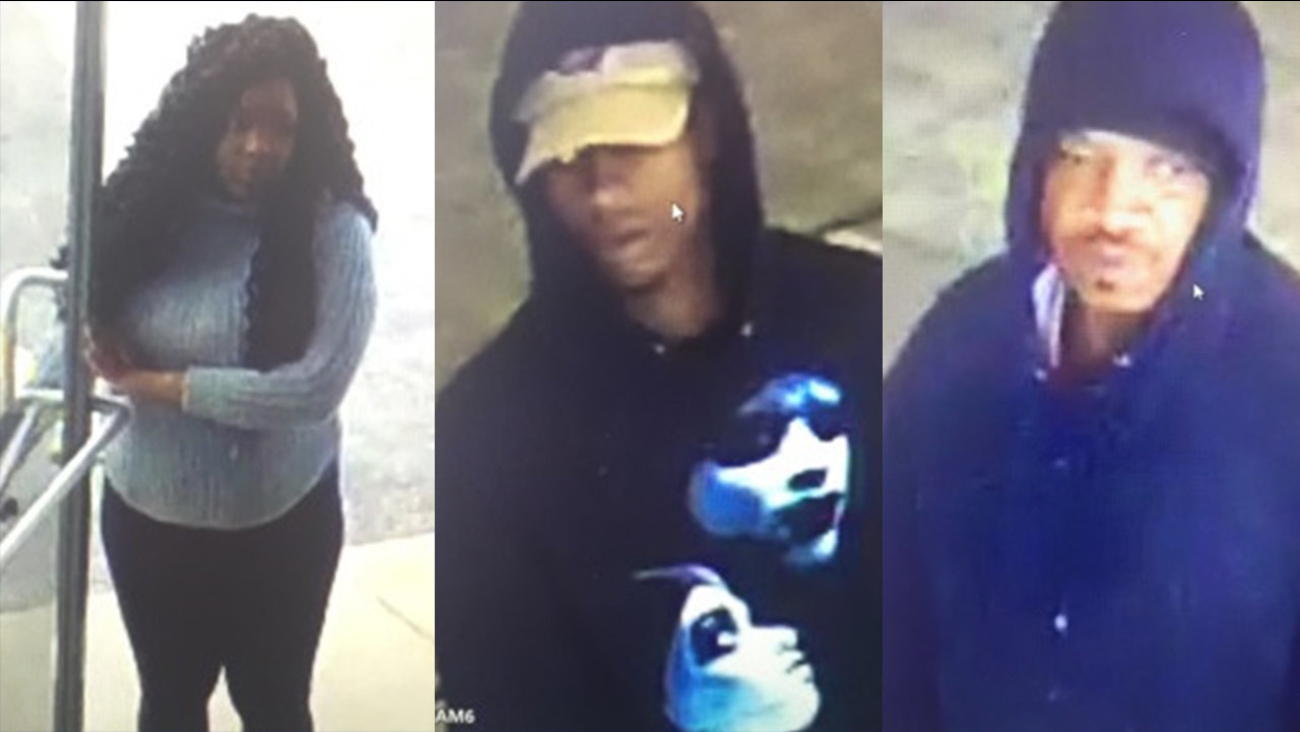 Surveillance images of the suspects in the armed robbery at the Verizon store in Mount Prospect. (Mount Prospect police)

The armed robbery occurred at the Verizon store at 905 East Rand Road at about 3:49 p.m., police said.

A woman entered the store and inquired about a phone, police said. The employee went to check the stock room and after returning to the customer area, two men were with the women.

The two men then asked the employee about a different phone and the employee returned to the stock room and returned with the manager, police said. The woman left the store after she was asked for identification to open an account.

One of the men wearing a yellow baseball hat then took out a handgun and ordered the two employees into the stock room where there hands were bound, police said. The men then took multiple phones from the stock room and one of the employee's personal phones.

The suspects encountered a third employee while leaving the stock room and was ordered into the employee break room, police said. The suspects then fled the store.

The employees called 911 after the suspects left. No employees were injured.

One of the men is described by police as black, 18-23 years old, thin build, wearing a yellow baseball hat, a black hooded sweatshirt with white faces on the front and dark colored torn jeans and beige work boots.

Anyone with information is asked to contact the Mount Prospect Police Department's Investigations Section at 847-870-5654. Anonymous tips can be made to Crime Stoppers of Mount Prospect by calling 847-590-7867 or texting MPPD and your tip to 274637. Tips made through Crime Stoppers of Mount Prospect that lead to the arrest and prosecution of the offenders could be eligible for a cash reward of up to $1,000.
Related topics:
mount prospectcellphonearmed robbery
Copyright © 2020 WLS-TV. All Rights Reserved.
More Videos
From CNN Newsource affiliates
TOP STORIES