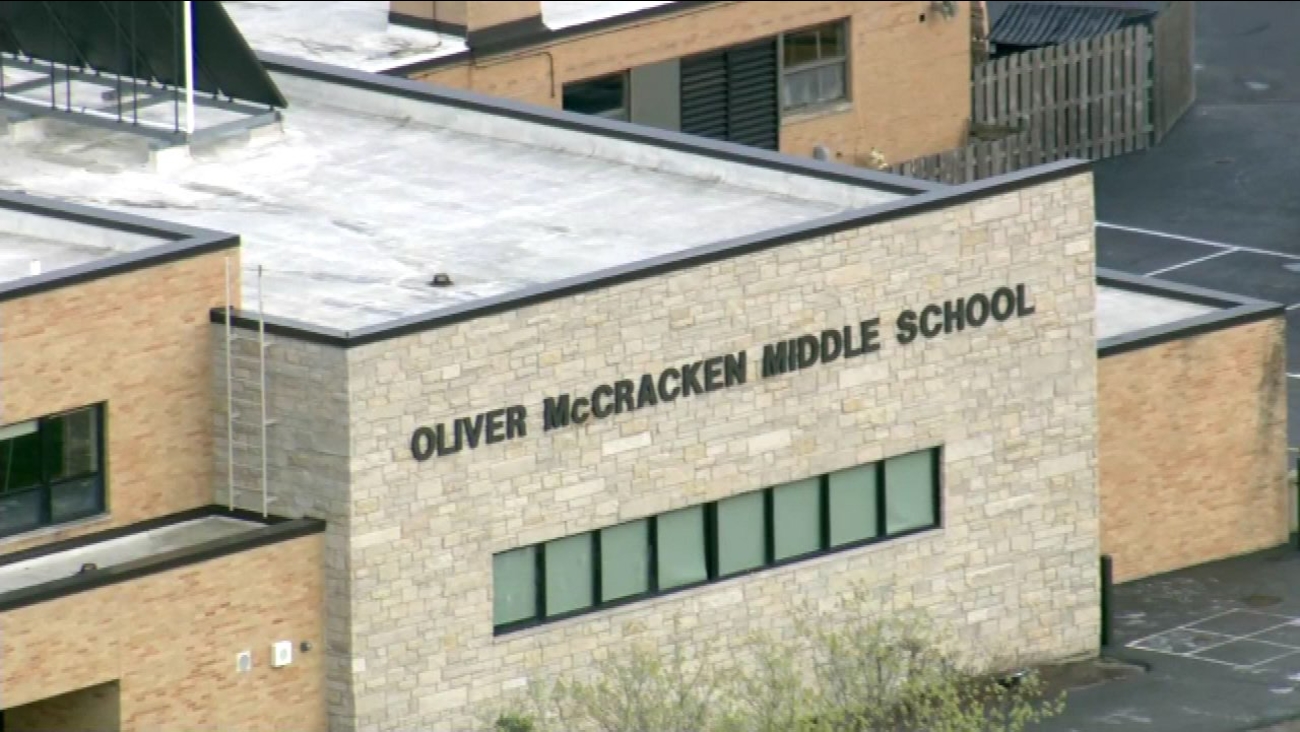 Two middle school students are in custody for allegedly "plotting to shoot someone" at McCracken Middle School in Skokie.

SKOKIE, Ill. -- Two middle school students are in custody for allegedly "plotting to shoot someone" at their north suburban school.

Just after 10:30 a.m. Wednesday, police were called by Skokie School District 73.5 officials and "informed of a plan by two students to commit a shooting" at McCracken Middle School "in the near future," a statement from Skokie police said.

The juveniles were taken into police custody and placed in the custody of the Juvenile Justice System, police said.

Three additional students who were "suspected of knowing about the plan" were questioned by police before being released to their parents.

Police said "this particular threat is no longer viable," but are not releasing any further information about the alleged plot, which remains under investigation.

District 73.5 administrators and McCracken officials are cooperating with police on the investigation.

Anyone with information or details should call 911.