WPVI
1 / 5
Shaikey Copper, 18, from the 4200 block of North 8th Street
PHILADELPHIA -- Philadelphia police say four people have been charged, and one more is being sought, for the alleged human trafficking of a 14-year-old girl.

The investigation began on the afternoon of April 25, when the teen walked into Temple University Hospital saying she had been sexually assaulted multiple times by several men.

The victim told detectives the she had run away from home on Sunday, April 23, and met up with 18-year-old Shaikey Copper.

The girl considered Copper to be a friend, police say. He allegedly told her he had work for her to do.

They went back to his home in the 4200 block of North 8th Street where, police say, the girl was sexually assaulted.

Copper then allegedly took her to the home of 23-year-old Reggie Jamal Fields in the 1800 block of North 20th Street.

There, police say, Copper had 21-year-old Fantasia Gale post an online advertisement, offering sex with the girl for money.
The girl was then forced into sex with multiple men over the course of two days, police say.

"She was actually transported to different locations to do the dates, and she was being driven to those locations by the offenders," said Detective Kate Gordon of the Special Victims Unit.

Detectives say the teen was able to escape by convincing the suspects she was going to buy them something at a bodega near where she was being held.

At that bodega, police say, she was given a bus token by a good Samaritan.

"She was able to take the bus and get to the hospital," said Gordon.

Copper, Fields and Gale have been arrested.

"These particular defendants were very much aware that this was a child," Gordon said.

Another man, 23-year-old Shawn Jackson, was also arrested for his alleged involvement in this case.

Police are currently seeking yet another man, 24-year-old Angelo Romero from the 1600 block of North Worrell Street. 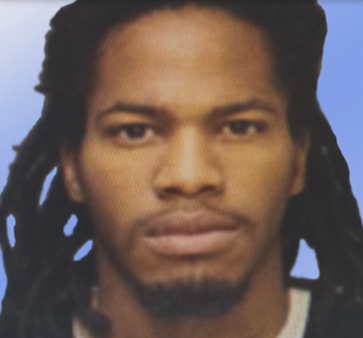 Angelo Romero, 24, from the 1600 block of North Worrell Street