2 bodies found burned beyond recognition in minivan in Little Village 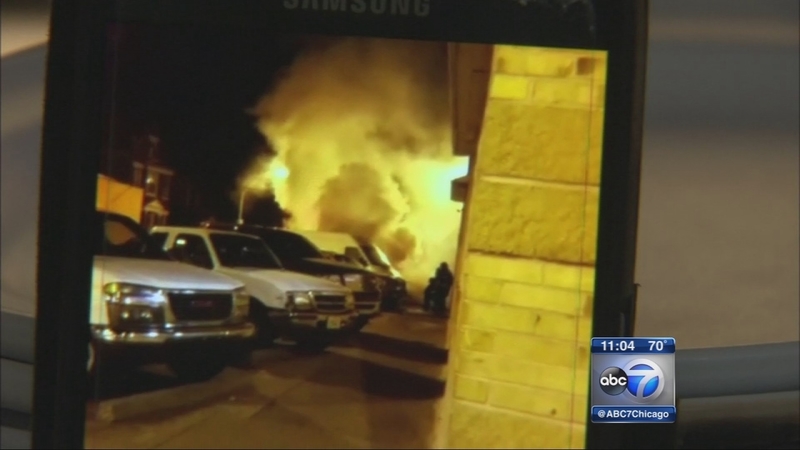 CHICAGO (WLS) -- Two bodies were found in a van engulfed by flames on Chicago's Southwest Side early Friday morning. Authorities said they were so badly burned that they could not be positively identified.

Workers at a restaurant near the 3100-block of South Harding Avenue in the city's Little Village enighborhood heard a commotion around 12:30 a.m. and captured the blaze on video.

"We thought it was gunshots at first, because it sounded like something exploded. We saw fire and all the neighbors were outside," said Michelle Montoya, who lives nearby.

Police and fire crews arrived on the scene shortly after and found the vehicle engulfed by flames.

The bodies were discovered after firefighters extinguished the flames. The victims were so badly burned they could not be immediately removed from the minivan.

Sources said they may have been killed first, then placed in the minivan before it was torched. But surveillance video from the parking area does not reveal anyone walking to the van or away from it.

Montoya lives adjacent to where the van was parked. She said she believes someone may have been living in the van.

Local community activists, like Raul Montes, said this was a brutal act and they hope investigators find answers.

"To have somebody - two bodies - burned alive in a vehicle, that's just totally beyond comprehension, something that doesn't happen every day. It's terrible," Montes said.

Authorities have not yet released the identities of the two people found or how they died.