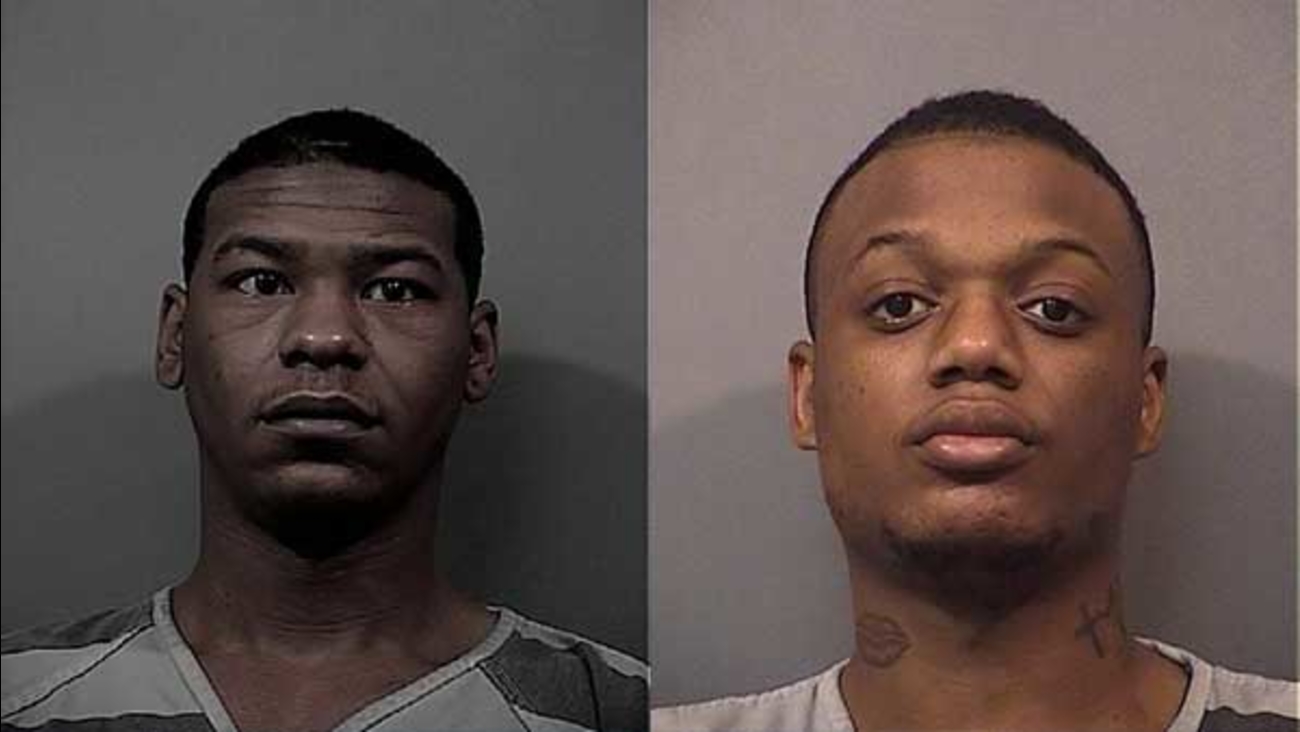 CHICAGO (WLS) -- Two Indiana men were charged with arson in connection with two fires at abandoned buildings in Gary. Police said neither man is in custody.

Darran Barnes, 23, of Gary, and Clarence Hutchinson, 22, of Merrillville, are accused of starting two separate fires at vacant homes at the end of July, police said.

Authorities responded to a report of a large fire in that area of Maryland Street on July 28, which they believed to be arson. Officers saw Hutchinson in a vehicle matching the description of one that had driven away from the scene, police said.

When they stopped him, police said Hutchinson identified himself as a Gary firefighter, then a Lake Ridge firefighter and finally as a Merrillville firefighter. He later admitted that he a "fire chaser," not a firefighter.

Investigators said they arrested a 22-year-old man who allegedly posed as a firefighter on July 28. They also said a second person was taken into custody on July 30 and questioned about the fires. Authorities did not release any more information about that person.

Police said Friday that Barnes and Hutchinson are not in custody.

Anyone with information on other incidents of arson that happened around July 28 should contact Detective Sergeant Salazar at 219-881-1209 or the Crime Tip Line 866-CRIME-GP.