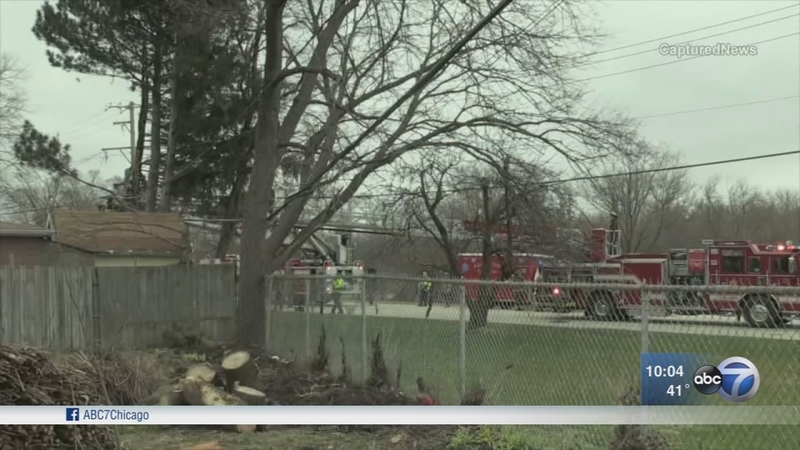 ADDISON, Ill. (WLS) -- A 51-year-old man died and another was critically injured Tuesday afternoon after they were shocked by power lines while trimming trees in an Addison backyard.

Jose Fulgencio-Hueramo, of Melrose Park, was pronounced shortly before noon at Glen Oaks Hospital in Glendale Heights, according to the DuPage County Coroner's Office.

At about 11 a.m., Fulgencio-Hueramo and another person were cutting limbs in a backyard near Villa Avenue and Myrick Avenue in the western suburb.
Both individuals made contact with the power lines, Addison police said.

One person was thrown from the ladder adjacent to the tree and landed on the ground. The second person was secured in the tree. When ComEd turned off power to the lines, firefighters got them down from the tree. The person was airlifted to Good Samaritan Hospital in Downers Grove.

"They were able to cut the power to the power lines, and at that point firefighters from Lombard and Addison went up there and were able to extricate the gentleman from the tree at that time," said Joe Leone, the Addison fire chief.

Police said the victims appear to not be with a private tree-cutting service.

It was immediately unclear how the individuals got tangled in the power lines.

At about 4 p.m., power was out in the neighborhood as ComEd workers were still on the scene.

Firefighters responded to a backyard in Addison when two people were shocked by power lines while trimming trees.