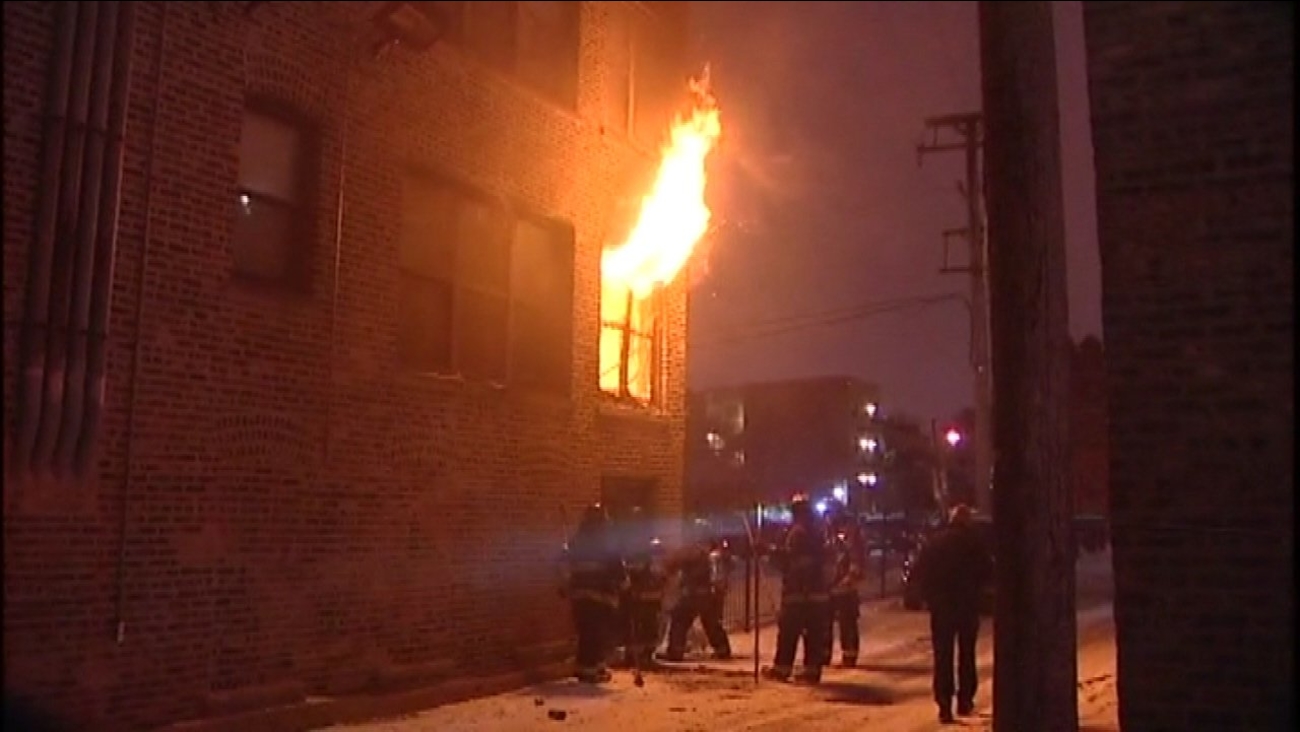 CHICAGO (WLS) -- Two firefighters were injured and 11 people displaced after a fire ripped through three buildings on the South Side early Monday.

More than 100 firefighters were at the scene.

"The heat that we're working in -- it takes a heavy toll on the firefighters so we have to bring in more personnel," said Chief Rosalind Jones, Chicago Fire Department.