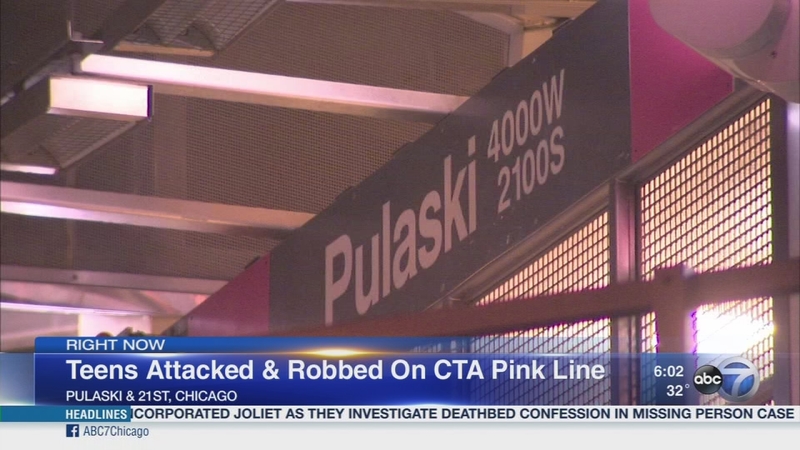 CHICAGO (WLS) -- Chicago police are looking for the suspects behind a violent robbery on a CTA Pink Line train. But for the two high school students who were attacked, the damage is already done.

The 17- and 18-year-old victims told ABC7 Eyewitness News they were getting ready to exit a train at Pulaski around 2 p.m. Wednesday, when a group of six or seven young men surrounded them. They told the teen boys they were not going to let them off.

Police said the teens were beaten and robbed. The honor roll students, who were coming home from school after finishing their exams, said at least 15 others on the train watched and did nothing.

"They took their shoes, their phones, shoes, phones, wallets, money and his classmate's coat," said Latrena Wrencher, mother of one of the victims. "I thought he would be a lot worse when I actually got there. But when I arrived and to see them standing there with plastic bags on their feet, it did something to me, it broke my heart."

"No one hit the panic button. Nobody even tried to call the police. Once woman had her phone out, like she was recording," one of the victims said.

The boys didn't want to be identified, but said they feel lucky to be alive.

Their parents hope police were able to get some surveillance video from the attack. The incident remains under investigation. No one is in custody.