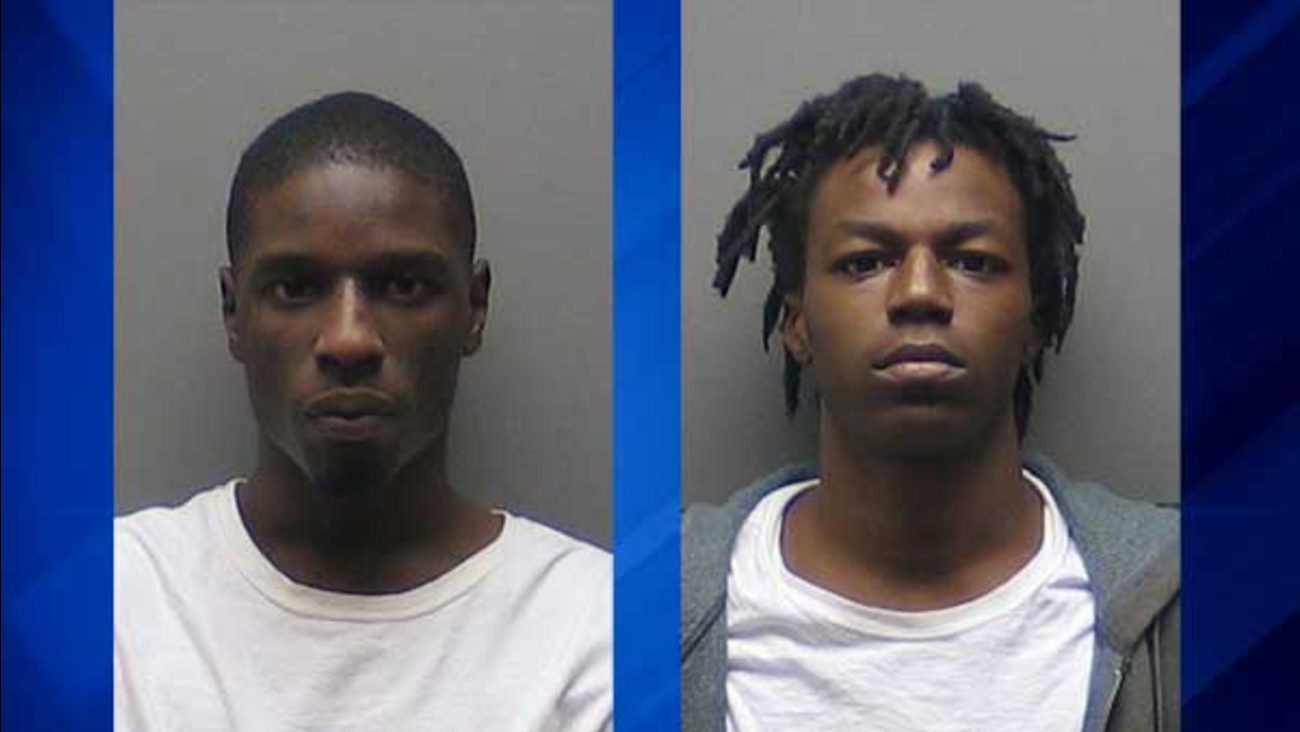 Harris Andrew Howard, 22, and Enrico Nelson, 19, both of Florida, were charged in the attempted burglary of a vehicle in west suburban St. Charles.

WLS
ST. CHARLES, Ill. (WLS) -- Two men and a teen from Florida were charged in the attempted burglary of a vehicle that led to a police chase in St. Charles and a rollover crash in Bartlett.

Two of the male suspects are wanted on warrants in Florida.

St. Charles police responded to a report of a burglary-in progress in the 900-block of Equity Drive around 9:15 a.m. Tuesday. Witnesses described the suspects and the vehicle they were in.

An officer in a marked squad car spotted the vehicle in the 400-block of North Kirk Road. The officer followed the vehicle and tried to pull the driver over after seeing him make a traffic violation. The driver did not stop and sped north.

The officer pursued the vehicle, but lost sight of it on Dunham Road near Army Trail Road. The vehicle was involved in a rollover crash and caught fire near Route 59 and Stearns Road in nearby Bartlett around 9:30 a.m.

One suspect ran from the crash, but officers caught him a short time later.

Two of the suspects were injured in the crash. First responders helped them out of the vehicle and transported them to the hospital. Once they were released, St. Charles police took them into custody.

Investigators recovered evidence connected to vehicle burglaries that occurred near St. Charles and outside the state.

Harris Andrew Howard, 22, of the 2400-block of 84th Avenue in Miramar, Florida, was charged with felony attempted burglary to a motor vehicle, obstructing or resisting a police officer, fleeing or eluding police, reckless driving, driving without a valid license and improper lane usage.

All three suspects are awaiting bond hearings in Kane County.