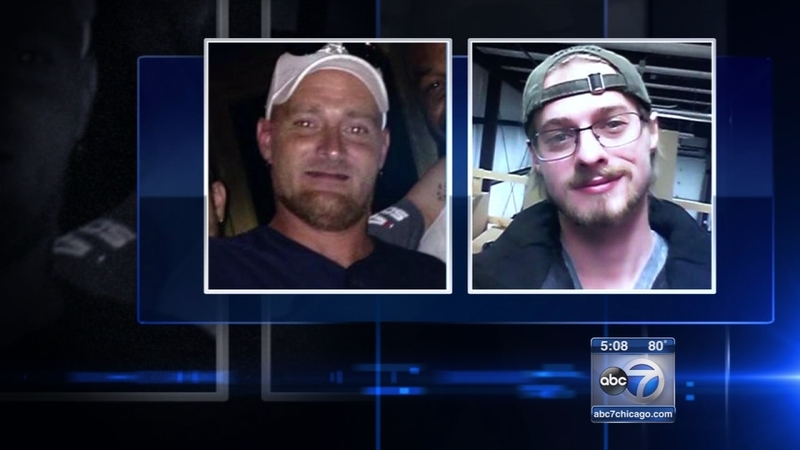 GARY, Ind. (WLS) -- Two northwest Indiana men who drowned this weekend in Lake Michigan were trying to save a young child who appeared to be drowning.

David Halford II, of Hobart, Ind., was at Wells Street Beach in the Miller Beach community in Gary, Ind., on Saturday with his family, enjoying the Gary Air Show.

At about 2:30 p.m., Halford - a father of three children - went into the choppy waters to save a child.

"He'd go out of his way to help anyone he could," said Halford's brother, Brandon Casey. "Obviously, the outcome wasn't so good, but he saved a child's life. That's what he would have wanted. That's why he went in there."

Another man - Kyle Reibly, 26, of Griffith, Ind. - also tried to save the child and drowned. The child survived.

"He had gotten a new job recently. Worked a lot of hours, hard worker, putting some money in a truck," said Brian Krystniak, Reibly's landlord.

On Saturday, the National Weather Service had warned of dangerous swimming conditions in Lake Michigan.

Dave Benjamin, of the Great Lakes Surf Project, said sadly, it's not unusual for rescuers to become drowning victims themselves.

"If you're going to enter the water to make a rescue, take something with you that floats, because you may very well need it yourself," Benjamin said.