2 officers honored after injuries in 2014 shooting 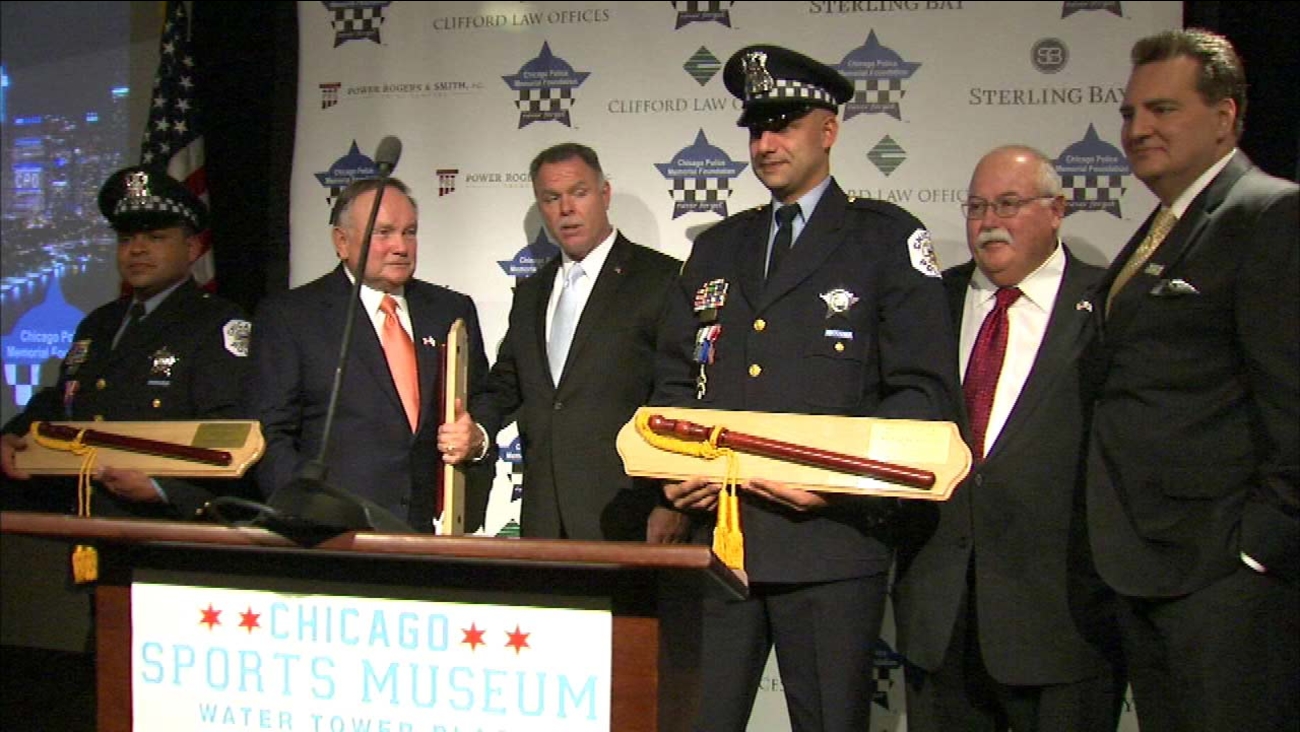 WLS
WLS
CHICAGO (WLS) -- Two Chicago police officers have been honored as heroes for their actions during a shootout that ended with both of them wounded.

In June of 2014, they pulled over a car in the city's South Side and the driver opened fire on them.

Alonso was shot in the thigh. Wrobel was hit in the chest but he was wearing a bulletproof vest.