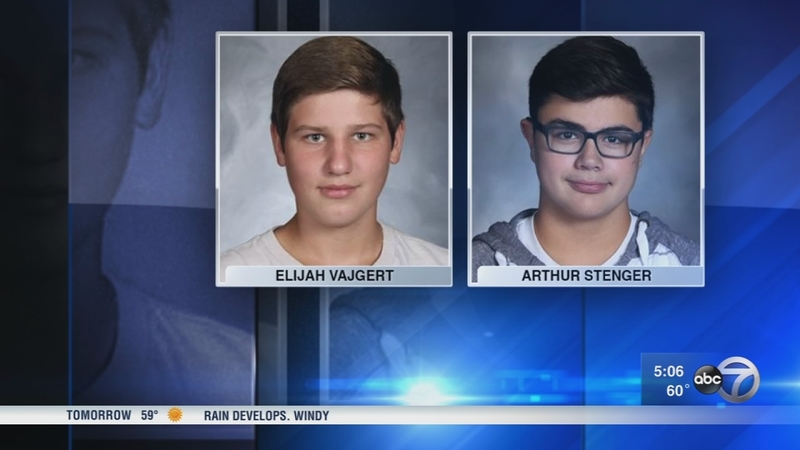 VIRGIL TWP. (WLS) -- Two 16-year-old boys who were killed this weekend when their pickup truck slammed into a semi in rural Kane County was mourned by friends.

On Monday, friends left messages on the crosses that were placed at the spot where best friends Elijah Vajgert and Arthur "Artie" Stegner were killed.

On Saturday evening, their vehicle was crossing an intersection when a semi broadsided them near Meredith and Beith roads in Virgil Township, which caused them to slam into a power pole, snapping it. The live wires then started fire.

They were westbound on Beith Road, where there is a stop sign, but they apparently entered the intersection where traffic on Meredith has a 50-mile-an hour speed limit and no stop sign. A semi truck carrying a load of grain hit their truck.

They were not far from Vajgert's home.

Stegner had just gotten his driver's license three days earlier. Vajgert planned to test for his this week.

Kane County is about 60 miles west of downtown Chicago.

Word of the tragedy spread quickly among students at Kaneland High School where the two boys were juniors. The district provided counselors for other students and teachers, said Superintendent Todd Leden.