5 injured in crash after police chase in Humboldt Park 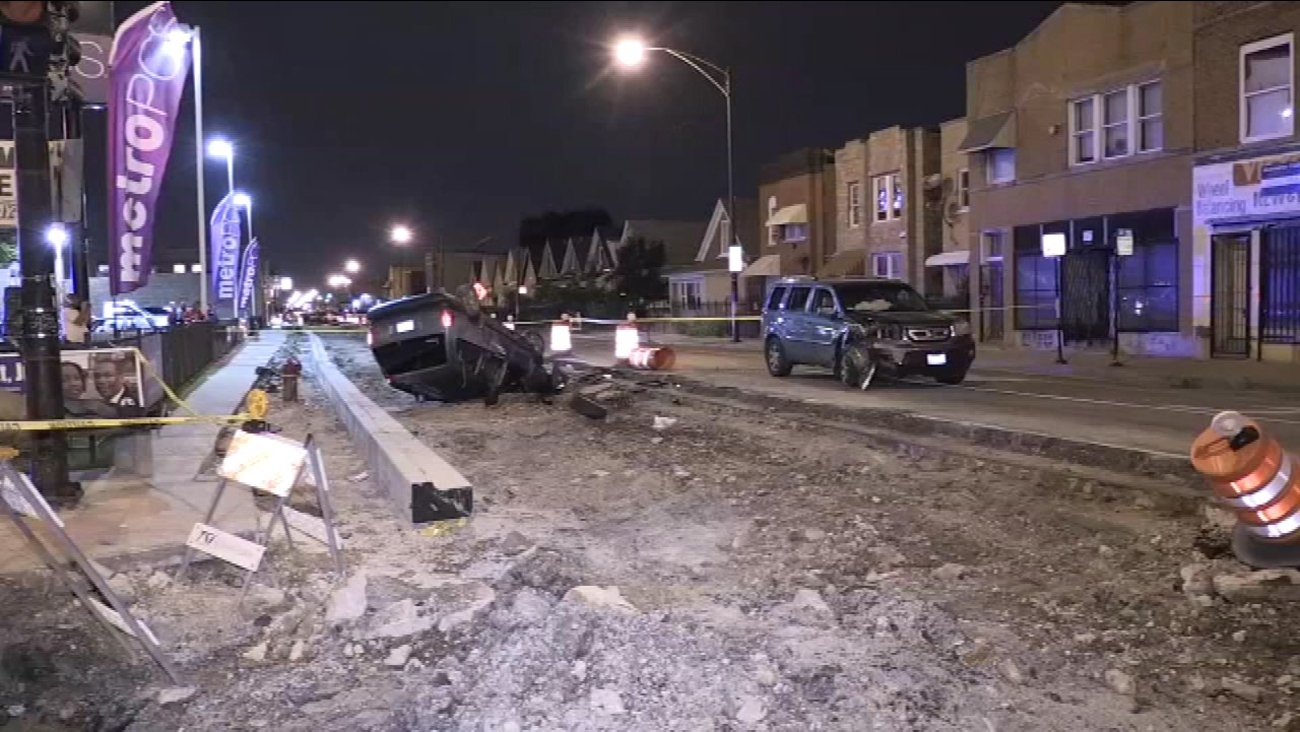 A van flipped on its side and crashed into two vehicles in the 3600-block of West Grand Avenue. (NVP Video)

CHICAGO (WLS) -- Five people were injured in a crash after a police chase in the Humboldt Park neighborhood Saturday night, Chicago police said.

Officers were following a van believed to be connected to reports of gunshots near California Avenue and Division Street, police said. The van continued fleeing when it struck a sedan, causing the van to flip over on its side and hit another vehicle in the 3600-block of West Grand Avenue at about 9:12 p.m., police said.