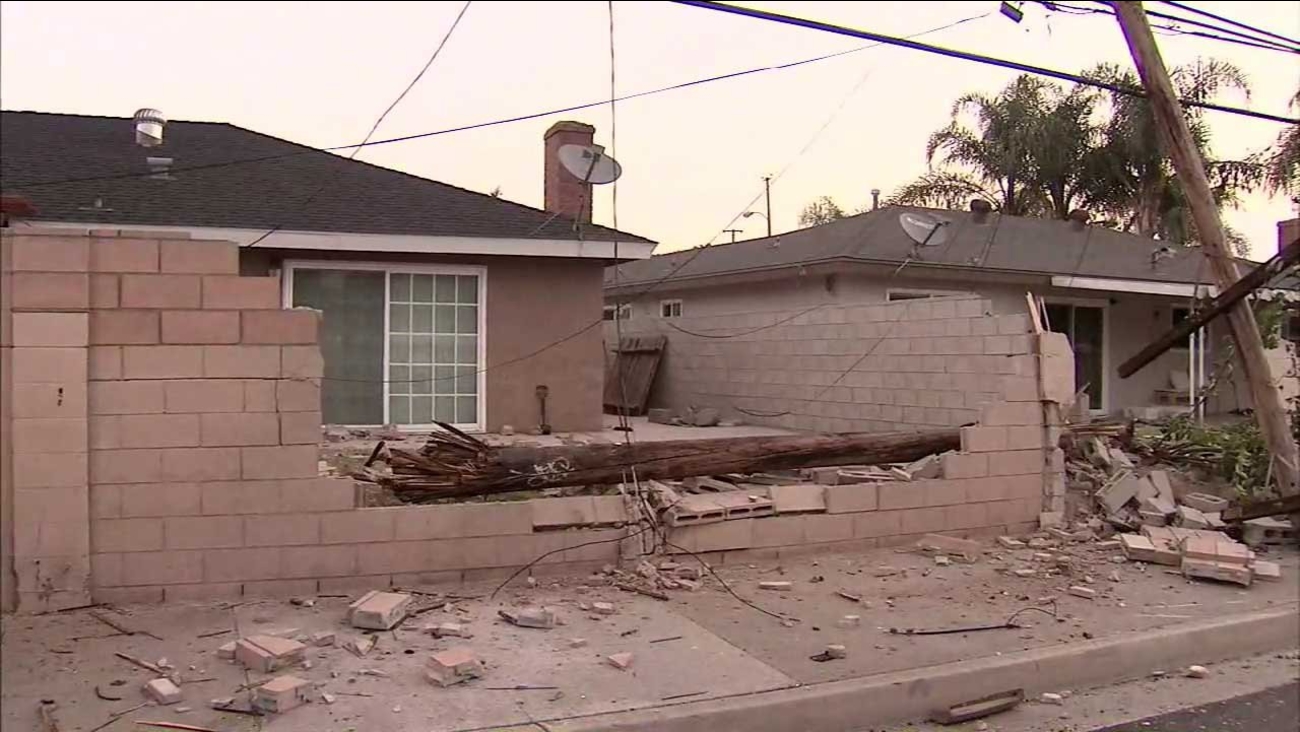 SANTA ANA, Calif. -- A suspect is dead and his 9-year-old daughter is hospitalized after a high-speed chase ended in a crash in Santa Ana Sunday night.

It all started with a call of a man brandishing a gun at a bar security guard. The suspect, identified as 43-year-old Juan Rodriguez, fled in a Chevrolet Monte Carlo and a chase ensued.

The suspect led the chase at speeds of about 80 mph on surface streets before officers lost sight of the vehicle. Authorities found the Monte Carlo soon after it crashed at about 10:30 p.m. in the 1600 block of Warner Avenue.

Rodriguez lost control and slammed into a cement block wall, snapping the power pole and sending shards of shrapnel from the wall into neighboring homes, where residents were evacuated.

The suspect was pronounced dead at the scene. His 9-year-old daughter, also in the car, was rescued by first responders while power lines were still sparking, authorities said. She was transported to a nearby hospital in critical condition and was later upgraded to stable condition.

Police said Rodriguez had been involved in a minor traffic collision in the parking lot of a restaurant where the family was having a party. When the security guard came over, the suspect pointed a gun at him and fled, leaving his wife but taking his daughter who was already in the car.

Rodriguez is a convicted felon who had three outstanding warrants for narcotics sales, authorities said.

Police recovered a weapon, $13,000 in cash and narcotics from inside the car.