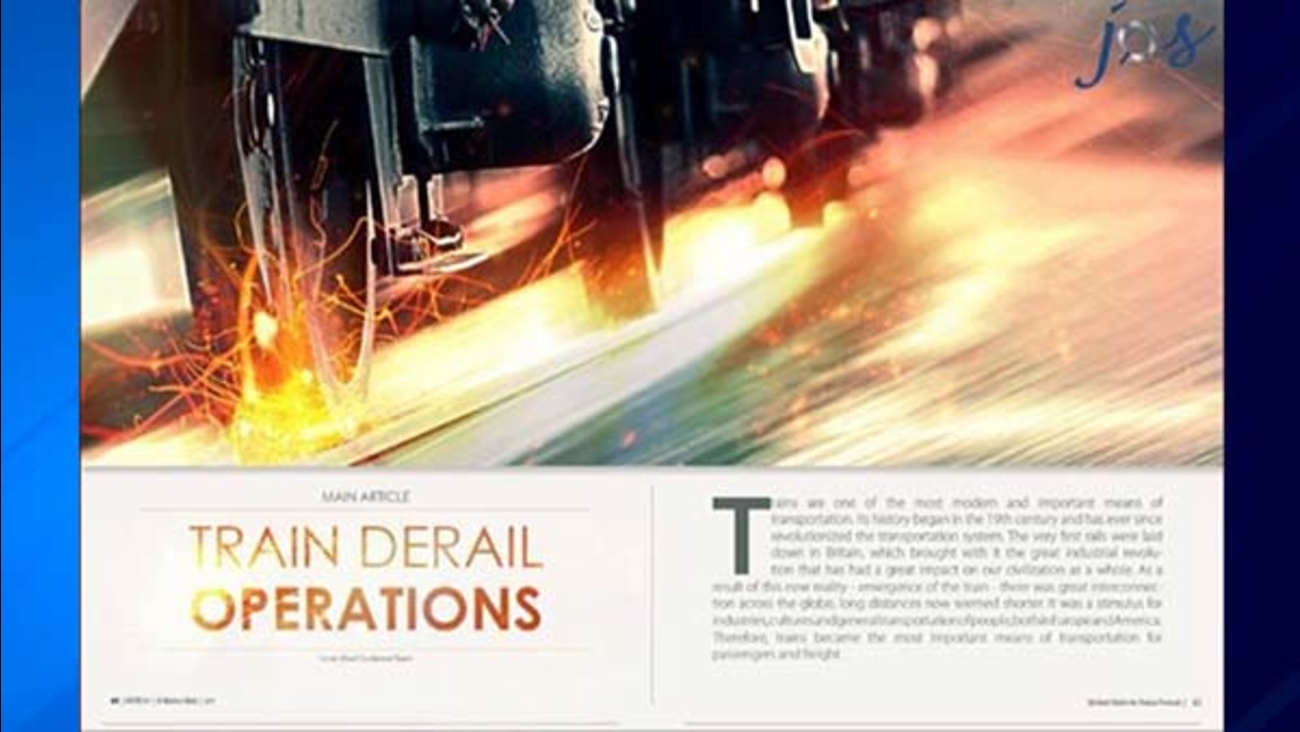 CHICAGO (WLS) -- Now that vehicle-ramming attacks have become the most-favored tactic of terrorists worldwide, jihadists claim to have a new target: trains in the United States, including many that roll in and out of Chicago.

Following a detailed release from Al Qaeda urging rail attacks, the I-Team learned Monday that U.S. Transportation Safety Administration officials have sent an alert to mass transit, passenger and freight train operators concerning "steps that they can take to protect their systems from being targeted by violent extremists."

Al Qaeda's newly released online propaganda magazine "Inspire" features a cover story on train attacks and offers a how-to manual on derailing trains. The goal of derailing or blowing up a train is to create mass casualties and strike fear in commuters and the traveling public.

The terrorist publication, considered a handbook for many radicals who actually carry out attacks, lists dozens of 'vulnerable' train routes in the U.S. as potential targets. "TSA is aware of the recent Al-Qaeda threat to rail systems, and this past Friday issued a message to our transportation partners," said agency spokesperson Michael McCarthy.

The Inspire magazine listed popular train routes, many operated by Amtrak, so that Al Qaeda followers could make their target selection. Many of the choices run through Union Station in Chicago, considered America's rail nerve center. Included on the list are the Lake Shore Limited which runs between New York and Chicago and the Empire Builder from Chicago to the Pacific Northwest. 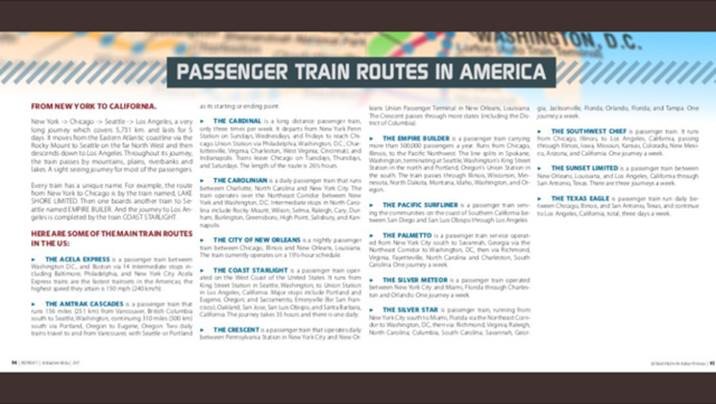 "Amtrak continues to maintain a strong security posture to keep our passengers, employees and the railroad safe," said spokesperson Marc Magliari. "Robust security measures are in place at stations and on trains, and we have increased our patrols along the tracks. We are also partnering with federal agencies to gather and share intelligence," Magliari told the I-Team.

Despite the very detailed primer from Al Qaeda naming certain train lines as suggested targets for jihadists, officials at both Amtrak, TSA and Metra say that there are "no specific or credible threats."

Included in the terrorist publication is a 19-page instruction manual entitled "Train Derail Operations." It urges jihadists to exploit the vulnerabilities of the rail system, especially the lengthy unguarded tracks crisscrossing the U.S., France and the U.K. and to plant obstacles that will cause trains to derail. The article provides details on constructing a "homemade derail tool." 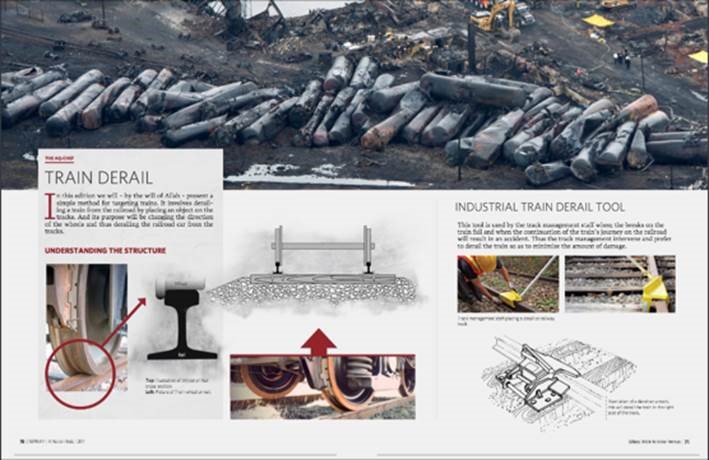 A report by the Government Accountability Office, cited by Al Qaeda, focused on security gaps along 100,000 miles of U.S. railways.

A map of U.S. railroads also appears and some of the main passenger routes are highlighted. The map reveals Chicago's position as a national hub for rail lines. 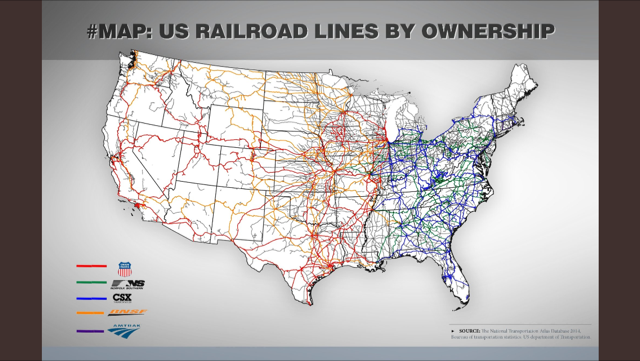 The TSA's "message to our transportation partners" was delivered last Friday, when initial copies of the terrorist magazine was obtained by U.S. intelligence agencies. "The Al-Qaeda video is an important reminder that mass transit, passenger rail and freight rail operations are a potential target for terrorist activity" TSA officials told train system operators, according to sources who have seen it.

In Chicago on Monday, Metra commuter rail police "are aware of the threat and are taking appropriate measures," said agency spokesperson Michael Gillis. "Metra has also shared the TSA's information regarding the Al-Qaeda threat with our operations employees" Gillis added. "Our message to our employees and our riders is the same: If you see something, say something. Any suspicious activity on or near our tracks should be reported immediately to Metra Police at 312-322-2800."

When asked about the new threat from Al Qaeda against U.S. trains, a spokesperson for the CTA said the transit agency "regularly works closely with the City of Chicago, including the OEMC (Office of Emergency Management and Communications) and the Chicago Police Department's (CPD) Public Transportation Unit to ensure public safety on our system."

CTA's Tammy Chase said "We also coordinate closely with federal agencies including the Department of Homeland Security and the FBI to share intelligence information about possible terrorist threats to U.S. public transportation on a regular basis, including working together on strategies to combat any possible threats."

Officials at Chicago's OEMC issued a similar statement on Monday afternoon. "There are no known credible threats to Chicago" said Melissa Stratton, OEMC spokesperson. "The Office of Emergency Management and Communications (OEMC) works to plan and prepare the public using an all-hazards approach to all disasters of scale and complexity. OEMC emergency preparedness plans and procedures are routinely updated, adjusted and practiced. OEMC works in partnership with city, county, state and federal law enforcement agencies to address any major incident or disaster including natural, technological or human made" Stratton said.

TSA, formed after the 9/11attacks and mostly associated with airline security, is also responsible for securing the nation's railroads. Even though Al Qaeda followers have followed through on many recommended attacks in Inspire magazine, TSA "is not recommending any specific actions or countermeasures at this time" the alert stated. "The agency encourages rail operators to use this as an opportunity to remind their employees of the importance of being aware of their work environment and to exercise due caution with equipment and materials that could be used to obstruct or derail trains." 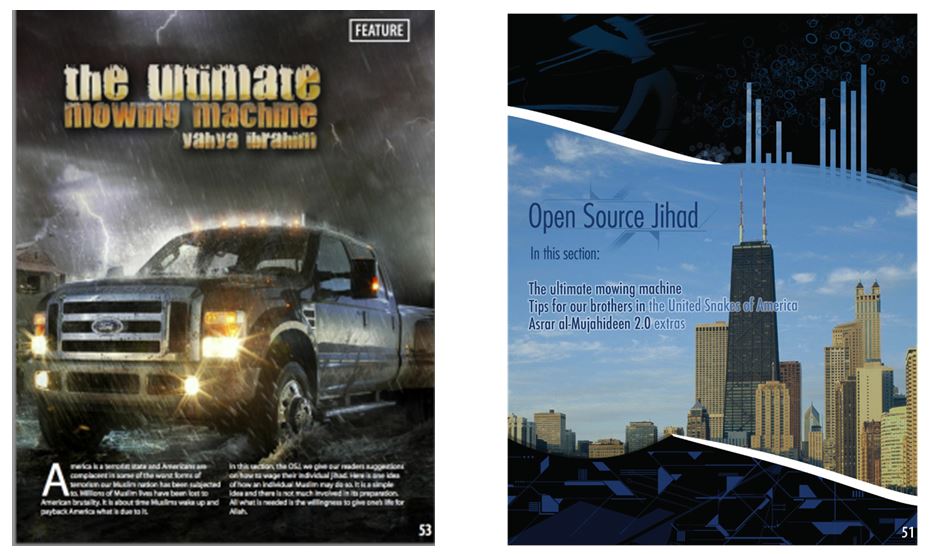