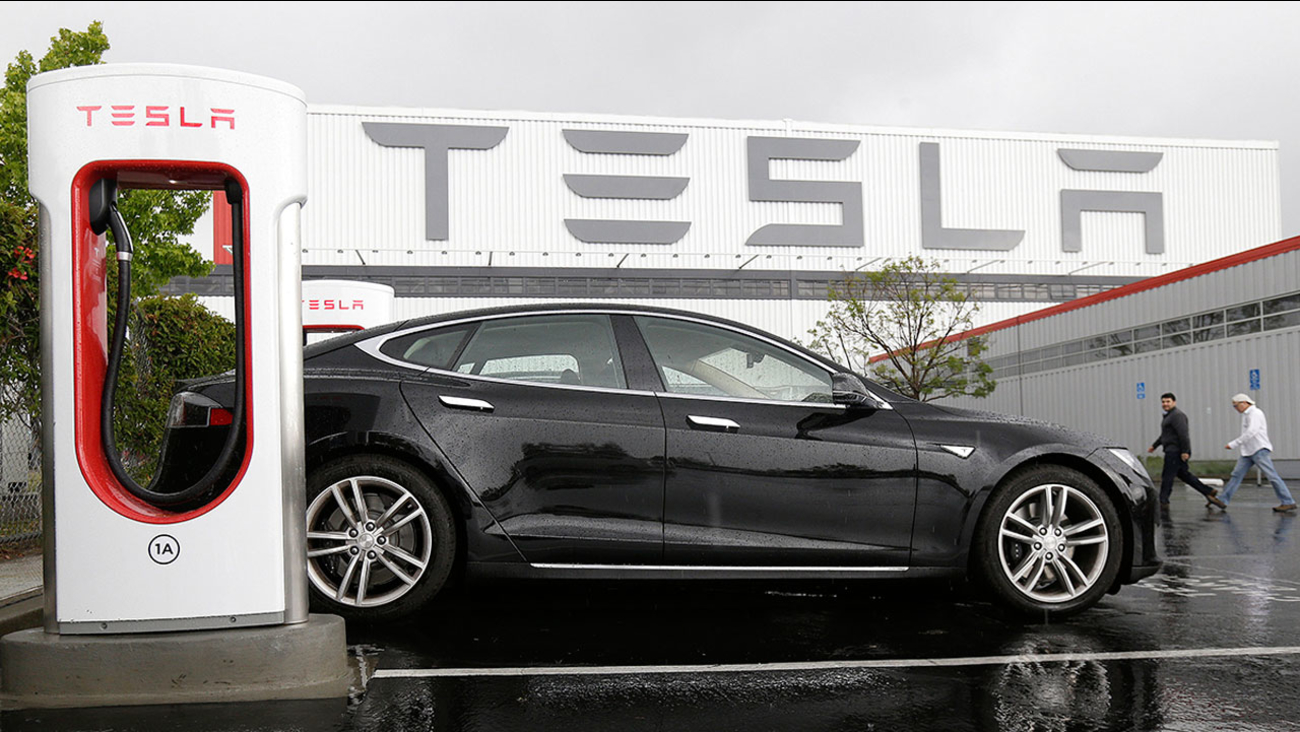 A Tesla vehicle is parked at a charging station outside of the Tesla factory in Fremont, Calif. (AP Photo/Jeff Chiu)

NEW YORK -- Tesla Inc. is building electric charging stations in city centers to attract urban buyers who don't have a garage to charge in.