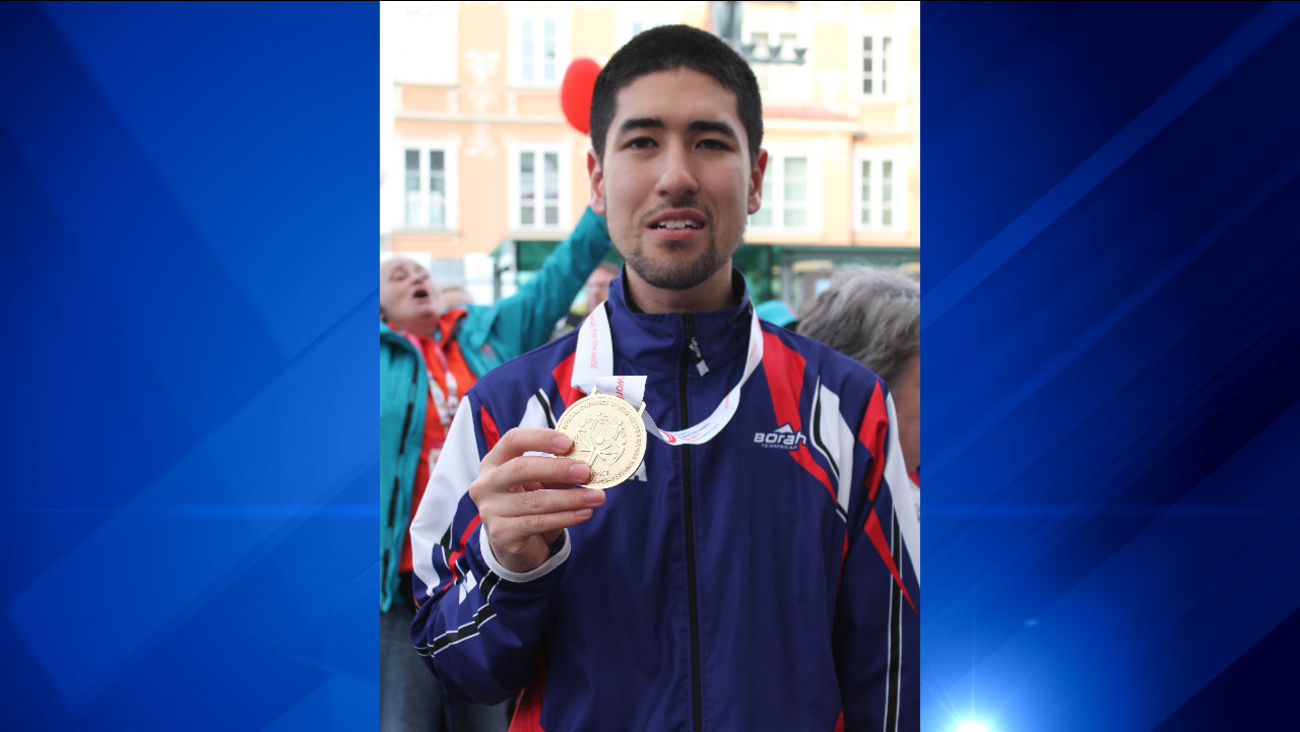 CHICAGO (WLS) -- A Special Olympics athlete who has been competing since he was 8 years old is set for a big honor.

Tommy Shimoda will join an elite class of athletes in the Chicagoland Sports Hall of Fame. Shimoda is the first Special Olympics athlete to ever be inducted into the hall.

.
The 24 year old has autism and speaks with the aid of a handheld computer. He competes in more than 20 different sports, including basketball, softball, track and field and swimming.

"Tommy is hard-working, a team player and beloved by his coaches, teammates and all who come in contact with him," says Kevin Magnuson, president SCC/Special Olympics Chicago. "He is an athlete through and through and has more medals than he can count from the numerous Special Olympics sports he competes in. We could not be prouder of Tommy and all he has accomplished in his athletic career, and are thrilled that he is being inducted into the Chicagoland Sports Hall of Fame. Tommy is incredibly deserving of this honor, as he is a great role model and example of a true athlete for all who are involved in sports."

In March, Shimoda competed in the Special Olympics World Games in Austria and won a gold medal and a bronze medal in speed skating. In July, he won an ESPY.