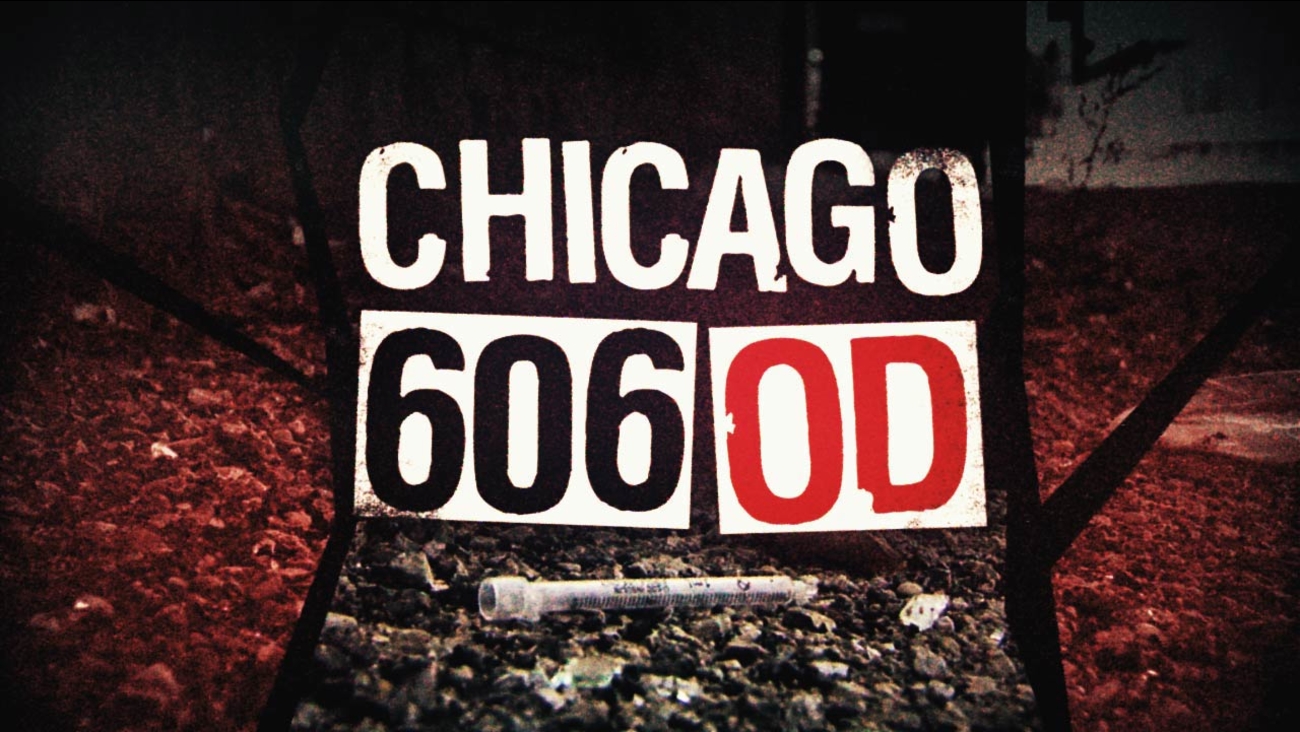 In a city infamous for gun violence, opioid overdoses in Chicago outpaced the number of shootings in 2016. The I-Team uncovered 6590 overdoses citywide - that's nearly 18 per day. It's a deadly mix of heroin and high powered synthetics being abused in plain sight.

In a city infamous for gun violence, opioid overdoses in Chicago outpaced the number of shootings in 2016. The I-Team uncovered 6590 overdoses citywide - that's nearly 18 per day.

Chicago Fire Department data obtained by the I-Team shows the city's overdose problem touches every neighborhood. The worst intersection is on the West Side: 38 overdoses right at Congress and Pulaski - 90 in the one block radius around that intersection.

Recovering heroin addicts and advocates say the problem is getting worse.

These powerfully addictive drugs are showing up in all corners of the city. The data show there were 35 overdoses at the city's airports combined, one outside both the Cubs and White Sox ballparks, five at Navy Pier and six along the Magnificent Mile.


CLICK MAP TO DRAG AND ZOOM
If you're viewing this in our News App...please click here to see the interactive map

In 2016, there was at least one overdose on every block of State Street from Congress Parkway all the way to the river - that's 78 people overdosing last year in less than a mile, right in the heart of the Loop.

Chicago's opioid overdoses are found even on downtown busy blocks that cut through the heart of the Loop.

Addicts and advocates tell the I-Team that opioid shooting galleries are hidden throughout the city. Some addicts say the easiest place to hide a drug habit is in a car - locking their doors and shooting up around the corner from wherever they buy drugs. Others turn to dangerous hidden sites steps away from busy intersections.

The I-Team uncovered a Chicago heroin camp hidden on the West Side.

Some addicts believe the drug epidemic is behind the addition of needle disposal boxes on the walls of public restrooms. So-called "sharps containers" are available at upscale grocery stores and even suburban malls. Chicago Recovery Alliance's Dan Bigg says his group seeks to fulfill their mission of "Any Positive Change" by connecting opioid addicts with clean injection supplies and passing out thousands of lifesaving doses of naloxone also known as Narcan. They say their kits reversed more than 1500 overdoses in the past year.

Addiction experts at Chicago's Hazelden Betty Ford Foundation say some of the many signs and symptoms of opioid use that you might look for in a friend or family member are pupils that are smaller than usual, trouble sleeping or nodding off at erratic times, mood swings, or withdrawal symptoms like runny nose, muscle aches, sweating, anxiety, agitation and nausea. To learn more, visit the Hazelden in Chicago website.

A Chicago Mayoral Spokesman tells the I-Team new citywide opioid outreach is in the works:

Opioid addiction is a challenging issue facing cities and towns across the nation and one that is a priority for the City of Chicago. We continue to tackle the epidemic through partnerships with Public Health, social service agencies, pharmaceutical regulators and police. As part of recommendations made by the Chicago and Cook County Task Force on Heroin, which Mayor Emanuel took a lead role in convening, investments in opioid addiction treatment will help an additional 1,000 residents combat the opioid epidemic and improve health. This outreach is coupled with weekly cleanups of targeted areas throughout Chicago and will soon be enhanced by recently purchased needle disposal receptacles that will be placed in strategic locations in the City.