Steelers player who stood for national anthem has top-selling jersey 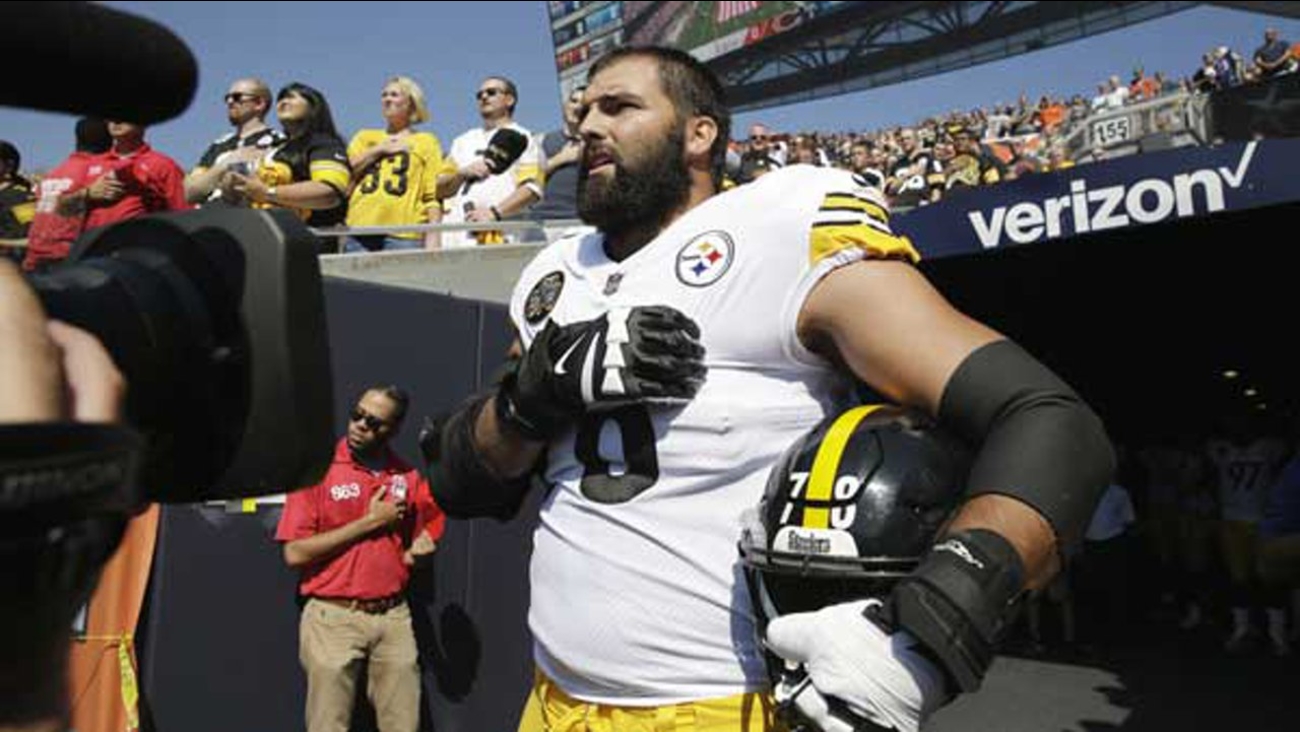 Pittsburgh Steelers OT and former Army Ranger Alejandro Villanueva (78) stands outside the tunnel alone during the national anthem before an NFL game against the Chicago Bears. (AP Photo/Nam Y. Huh)

It's the top seller in the league after the Pittsburgh Steelers offensive tackle broke with his team and walked out of the tunnel for the national anthem.

The Steelers had decided as a group to stay in the locker room. They were one of three teams to sit out the anthem after President Trump said NFL owners should fire players joining the protest. Trump referred to a player who disrespects the flag as a "son of a bitch."

On Monday, Villanueva's No. 78 jersey was outselling big names like Marshawn Lynch and Aaron Rodgers on the NFL Shop.

Gov. Bruce Rauner has a minority ownership stake in the Pittsbugh Steelers.

Villanueva was a captain and an Army Ranger who served three tours in Afghanistan and received several medals for his service, including the Bronze Star.

Protests during the national anthem began last year when former 49ers quarterback Colin Kaepernick took a knee to protest the treatment of black Americans, especially by the police.

Kaepernick's jersey also hit the top spot after he began the protest.

He pledged to donate all the money he made off jersey sales.

According to the agreement between the league and the players union, players get two-thirds of the money from jersey sales. The rest goes to the union, and some of that goes into a pool for all NFL players.