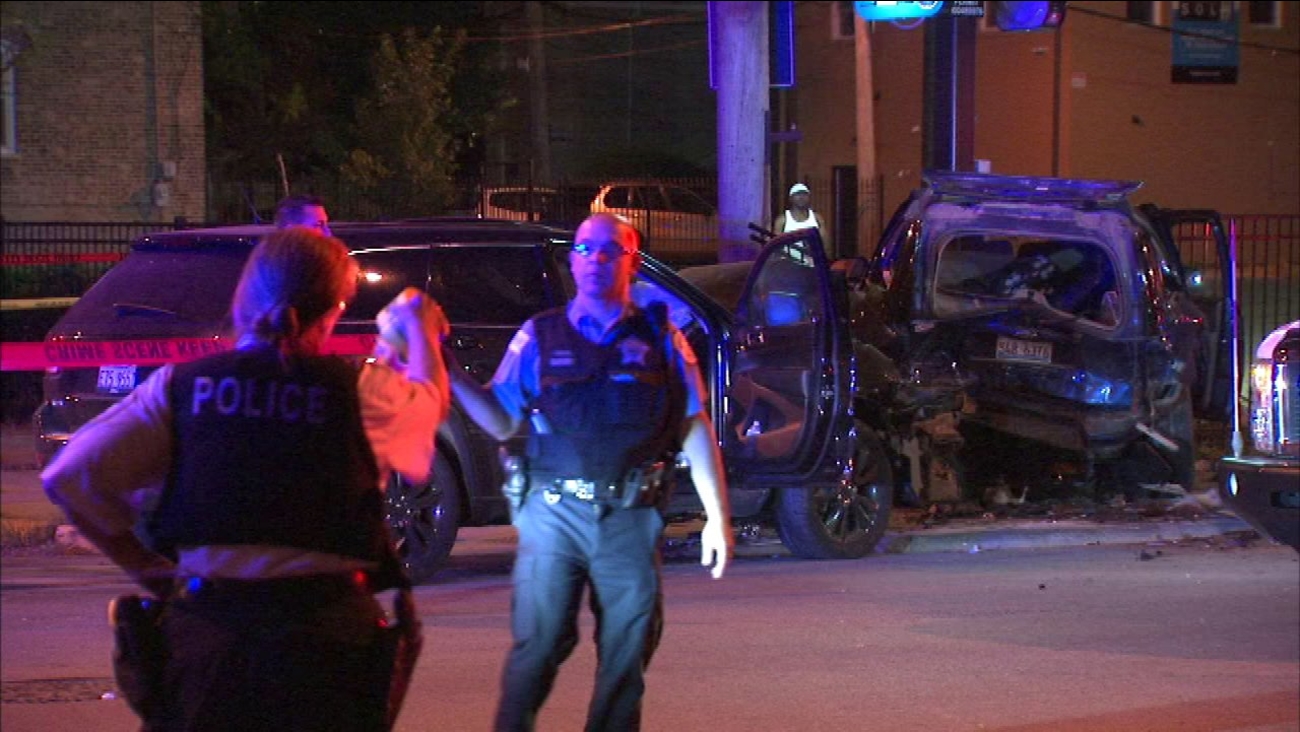 CHICAGO (WLS) -- Charges are pending against a driver who was involved in a carjacking near Chicago's Magnificent Mile and led officers on a miles-long pursuit that ended in a crash near the United Center Tuesday night.

The 33-year-old male driver was arrested just after 8 p.m. near West Madison Street and South Seeley Avenue, after crashing the stolen vehicle into another car. Police said a weapon was recovered after the crash.

The suspect was with a 20-year-old woman when he allegedly stole the black 2012 Jeep Cherokee in the 100-block of East Chestnut Street in Chicago's Gold Coast neighborhood earlier that evening and sped away from officers.

The driver was transported to Mount Sinai Hospital. His injuries were not life-threatening, police said. The woman, who was in the passenger seat, was not hurt. Police have not yet said whether anyone else was hurt in the crash.

The carjacking victim positively identified the suspect. The woman was released without charges.