3 charged in shooting outside school that injured 2 young girls 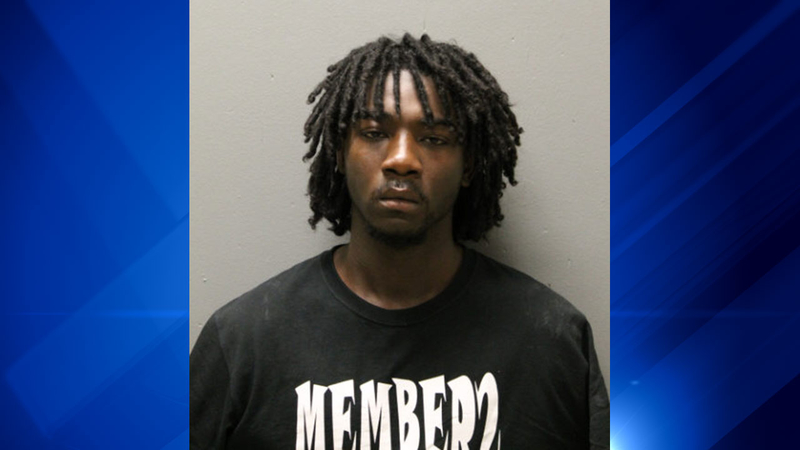 3 charged in shooting at South Side elementary

CHICAGO (WLS) -- One adult and two teens have been charged in connection with the shooting that wounded two young girls outside an elementary school in the city's Pill Hill neighborhood Friday afternoon, Chicago police said.

The shooting occurred at about 1:45 p.m. outside Warren Elementary School at East 92nd Street and South Jeffery Avenue, police said, while students were outside enjoying a picnic to celebrate the end of the school year.

The first victim was identified by her family as Dakayla Hart, 13, an eighth grader.

Three people were charged in connection with a shooting outside a school that wounded two girls.

Chicago Police Superintendent Eddie Johnson said several older students had been turned away from after school end-of-the-year events at Warren Elementary and were hanging out down the street when a vehicle approached them and a shooter or shooters opened fire on them.

The older students ran back to the picnic and the gunfire followed them. Johnson said the two girls were unintended victims who were shot by that gunfire.

"I'm telling you, though, this makes me sick. These little kids out here are out here trying to have an end of the year picnic and they get shot?" Johnson said.

Johnson said police have the vehicle involved in the crime and the investigation is ongoing.

Johnson said that while this kind of violence is unusual in Pill Hill, Chicago police resources will be directed into the area for the last two days of school next week in order to reassure residents.

Both girls were transported to Comer Children's Hospital. Mayor Rahm Emanuel visited with the victims and their families shortly before 3:30 p.m. at the hospital, and was visibly upset afterward.

"Those kids were out on the playground enjoying their childhood, enjoying the closing end of a school year, having a barbecue, and these gangbangers are out shooting other gang members without any regard to the consequences. There is no person in Chicago who is not disgusted by that incident. These are our kids. That is a school. That is a playground. And that is a safe sanctuary for our children," Emanuel said. "They deserve their childhood, uninterrupted by a bunch of gangbangers who don't know the difference between a school and a sanctuary."

Police have not yet confirmed the shooters or their intended targets are known gang members. The mayor became angry when asked how the remaining students at the school are doing. Emanuel left the hospital to go to the scene of the shooting and speak to students, parents, teachers and law enforcement there.

"You can only imagine what the trauma is. I haven't been there, but you can only imagine, and I know what I saw here and thank God for the love of parents and the great medical care they have and the love of the teachers and the principal. And I would hope for once when people say enough is enough, that the rest of the criminal justice system, when they're brought there, understands what enough is enough is," he said before he left.
Report a correction or typo
Related topics:
calumet heightschicagochicago shootingchild shot
Copyright © 2021 WLS-TV. All Rights Reserved.
RELATED
2 girls shot outside South Side elementary school
TOP STORIES
CPD officer shot in South Shore; 1 killed, teen wounded
8 arrested on hazing charges in VCU freshman's alcohol poisoning death
Man shoots 2 teens during carjacking in Hoffman Estates: police
Driver flees after slamming into River North diner, 4 injured: police
Search for Brian Laundrie enters second week
US service member says Afghan refugees assaulted her at Fort Bliss
ESPN's College GameDay in Chicago for Notre Dame vs Wisconsin
Show More
First-ever Berwyn Blues Festival happening this weekend
Chicago Weather: Sunny, cooler, breezy Saturday
Best signs from College GameDay in Chicago for Notre Dame vs. Wisco...
Who's eligible for Pfizer booster shots?
Texas migrant camp empty, Haitians await word on their fate
More TOP STORIES News