3 shot near University of Chicago in Hyde Park

WLS
By Jessica D'Onofrio
CHICAGO (WLS) -- Two men and a woman were shot in an alley near the University of Chicago's Hyde Park campus overnight.

Police said all three victims were sitting in a parked car in the 5400-block of South Ellis Avenue around 12:30 a.m. Monday when a man walked up and opened fire. The silver car was riddled with bullet holes.

According to an alert sent to University of Chicago students, the three victims are not affiliated with the school. However, they ran into a school parking garage, located at East 55th Street and South Ellis Avenue, after the shooting.

Katrin Asbury, who lives nearby, thought she heard a car crash or garbage cans rustling overnight. She later learned what she heard was gunfire.

"You know, it goes on all over Chicago. Of course it's scary having it happen here, where there are small children. But it's just sad for it to happen to anybody, you know? So it's worrisome. It makes me wonder who's involved and I hope none of my neighbors were hurt," Asbury said.

"Disconcerting, but this is a city where things like that happen. There are no quote- safe and unsafe- areas. No place is immune," Shawn Greene said.

Over the weekend, four people were killed and 25 were injured, including the three in Hyde Park, in shootings across the city. 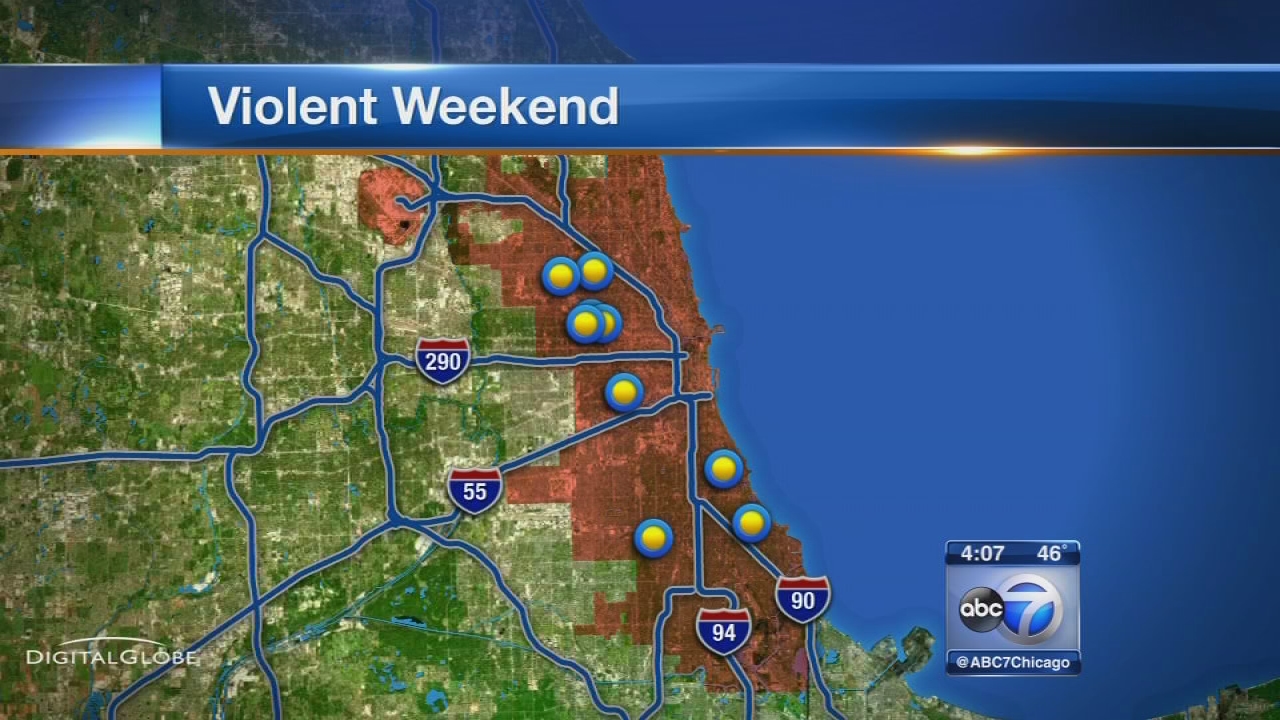 4 dead, 25 injured over weekend
Over the weekend, four people were killed and 25 were injured in shootings across the city.
Related topics:
hyde parkchicago shootinguniversity of chicago
Copyright © 2020 WLS-TV. All Rights Reserved.
More Videos
From CNN Newsource affiliates
TOP STORIES