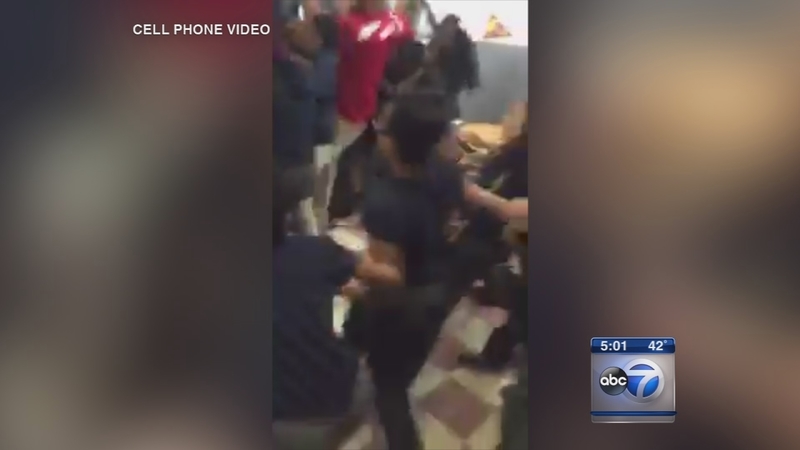 CHICAGO (WLS) -- Three sisters are among more than a dozen students who were arrested and suspended for a school fight that was recorded on cell phone video.

The sisters and their mother say bullying led to the brawl at Longwood Charter School, and they are not alone. Over 14 teenage girls were disciplined and arrested for a huge fight that broke out in the school's lunchroom last week.

The melee was captured on cell phone video.

"There was so many of them, a little amount of us. All I could do is fight back," said suspended student Myzhane Flourney.

Flourney says the brawl was the result of a dispute that began last October. The 14-year-old says she was being bullied on Facebook.

"I was being talked about on social media," said Flourney. "There was video about me, pictures made about me."

Flourney showed posts that were threats to her and her family. The school was made aware of the online dispute. Longwood's principal Kennyatta Starks says meetings were held with students and parents, and the school intervened in other ways, including trying to monitor social media.

Starks said she never thought it would result in a fight with so many arrests.

"I felt like we did everything possible," she said.

But one of the suspended sisters says she still lives in fear of being bullied.