1 / 5
Surveillance photo from a robbery about 10 p.m. Oct. 19 in the 0-100 block of East Van Buren Street.
Chicago Police Dept.
WLS
CHICAGO (WLS) -- Three teen girls have been arrested in a series of robberies this month in the Loop.

Two 15-year-olds and a 13-year-old appeared in court Friday. Police say the three suspects turned themselves in.

In all three robberies, female pedestrians were approached by a female suspect who struck them in the head, according to Chicago police. The other suspects then also struck the victims before taking their property.

A group of between 5-8 suspects took cellphones and backpacks that contained computer tablets and ran away, police said.

Two of the robberies were reported between 9 and 9:15 p.m. Oct. 16 in the 100 block of North Michigan Avenue and the 200 block of East Randolph Street, police said. The most recent robbery was reported about 10 p.m. Oct. 19 in the first block of East Van Buren Street.

Anyone with more information is asked to contact Area Central detectives at (312) 747-8384. 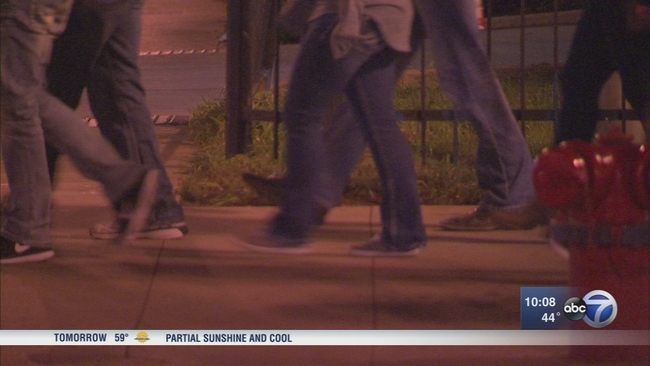