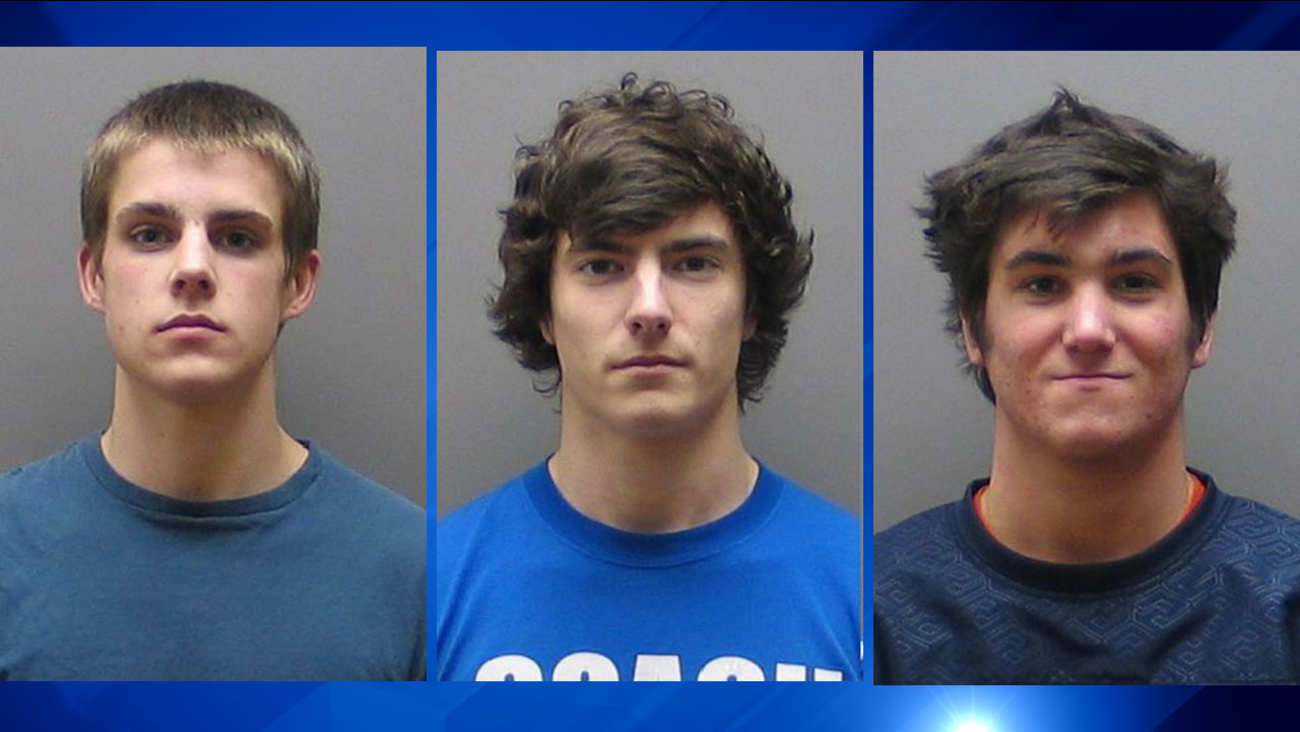 ST. CHARLES, Ill. (WLS) -- Three teenage boys are accused in a break-in of a suburban St. Charles parks facility that resulted in about $32,000 in damages, police said.

The trio are accused of breaking into the Otter Cove Water Park and the concession building for the James O'Breen Park at about 3 a.m. on Dec. 19, police said.

The St. Charles Park District is still working on assessing the total damage. A preliminary estimate has the damage over $32,000. The Thor Guard lightning detection system alone is valued at $8,000. police said.

VIDEO: Surveillance video of the break-in

Officers who responded to the report of a burglary later that afternoon discovered broken doors, windows, computer monitors and printers.

Refrigerators in the concession area and walls throughout the facility were also damaged. The lightning detection system was destroyed, police said. A fire extinguisher was discharged in the concession building.

The building holds the offices for Campton United Soccer Club, Tri-City Soccer Association and the Tri-City Football Association. Offices for these groups were also damaged.