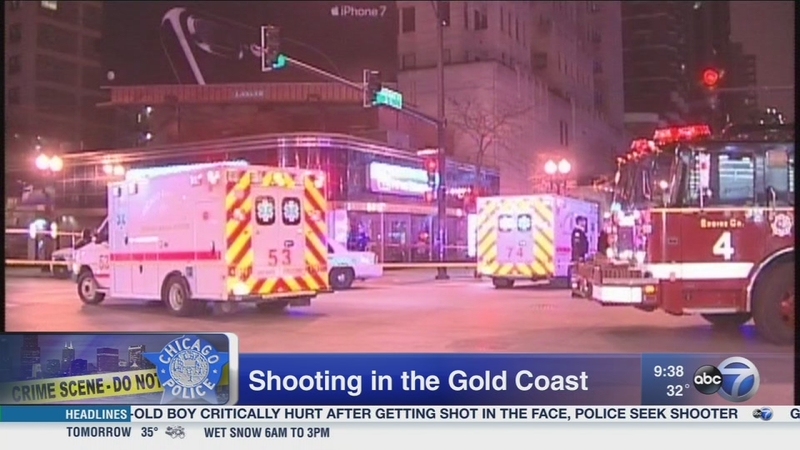 The victims were on the sidewalk outside the Blue Door Kitchen restaurant in the first block of West Elm Street when a gray SUV pulled up and someone inside fired shots at about 3 a.m., police said.

Neighbors said it is unusual to hear gunshots in the area, but there was a shooting about a block away on Division Avenue last June. Since then, neighbors said they have seen more police patrolling.

"I have noticed though that the police have been around much more, but there are security guards out around a lot more and the police. I've talked to police several times," said neighbor Tobe Lemoine.

No one was in custody Saturday.