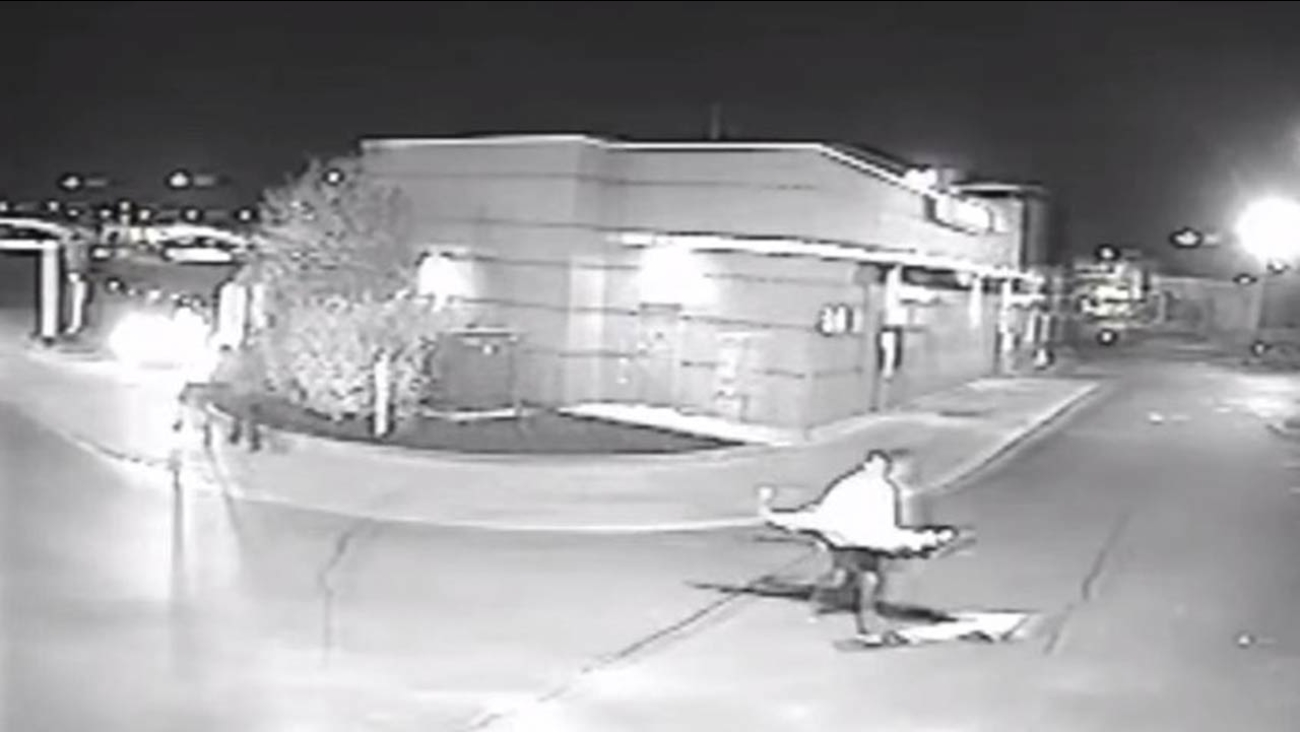 BRADLEY, Ill. (WLS) -- Police in suburban Bradley are crediting the use of social media in the arrest of four Olivet Nazarene University students in connection with the theft of a statue from an area McDonald's.

Police say surveillance video captured three of the suspects taking a $7,500 life-size Ronald McDonald statue from the fast food restaurant in the 2000-block of Rt. 50 in Bradley at approximately 10:49 p.m. on October 26. The fourth suspect remained in the drive-through area.

"We were amazed at the overwhelming response we received from our social media," said Kankakee County Undersheriff Mike Downey. "This incident is a testament to the remarkable things that can take place when the community works with law enforcement."

Savannah S Baldauf (18), Wyatt C Petty (18), Cody J. Shively (19) and John R. Witt (18) have been charged with felony theft and are in custody at the Jerome Combs Detention Center, scheduled for arraignment Friday.

Baldauf allegedly drove up to the drive through and ordered food while the other three ripped the statue from the ground and hid it in a nearby bush. They ordered eight cheeseburgers and one ice cream cone, completing the transaction at the window. The three men later returned to retrieve the statue.

The suspects were found when a Bourbonnais patrolman identified the suspect's car on Olivet Nazarene University's campus.

"People might think they were stealing from a big corporation, but the bottom line it comes out of the franchise owner," said Bradley Police Detective Brandon Jensen. "This is a business owner in our community, and it's still felony theft."