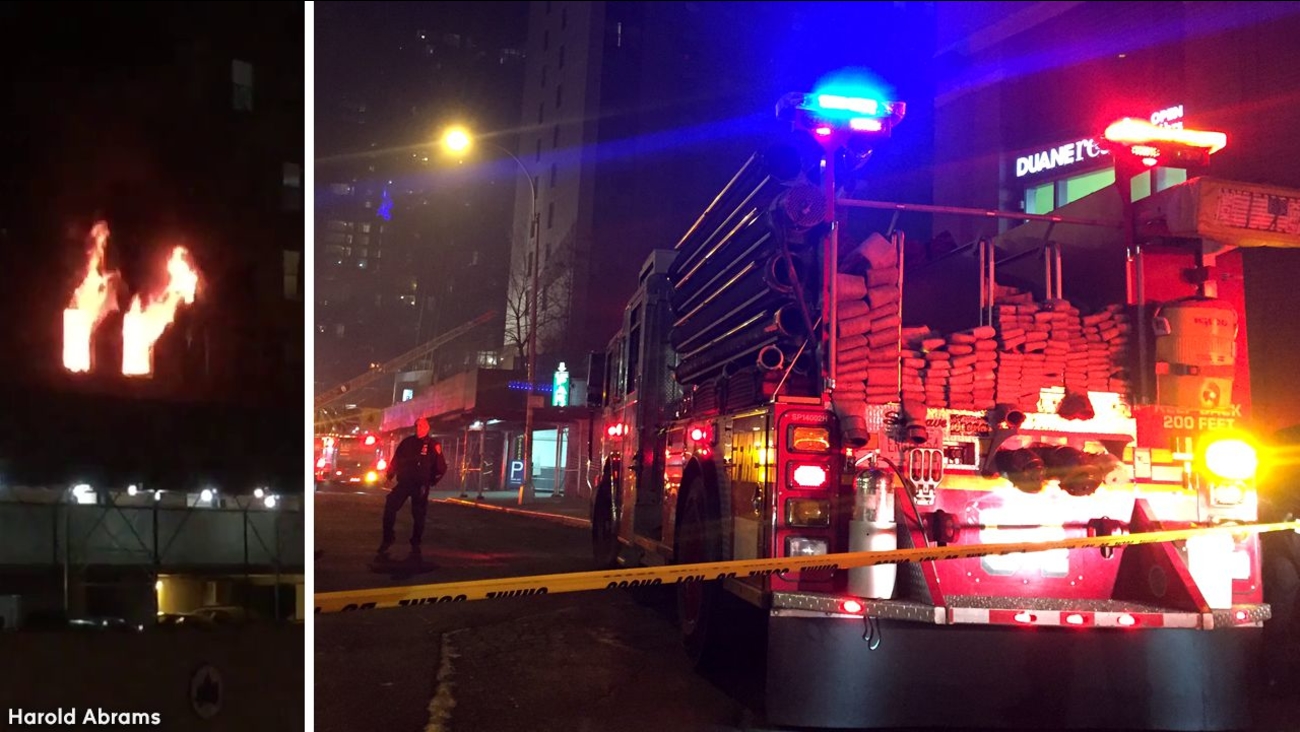 The four-alarm fire broke out at 515 West 59th Street near Tenth Avenue just after 5 p.m.

Two of those hurt in the fire were critically injured. The four FDNY firefighters suffered non-life threatening injuries. One was seriously burned.

This video from Eyewitness News viewer Harold Abrams shows flames shooting out of the apartment:

And this video shows the flames from up above, via Brian Santoro:

Fire officials said the fire started in a third-floor apartment, and spread heavy smoke to higher floors. It was extinguished just before 7 p.m.

Leonard said a 7-year-old girl was among the injured.

"Originally civilians were with her and did CPR and firefighters eventually got up there on the 21st floor," said Leonard. "There were no elevators..we carried her, the female in cardiac arrest. When we got out to the street they revived her, paramedics revived her using protocol. Last we heard she was awake and alert."

FDNY trucks lined the streets surrounding the building and officers shut down traffic in the area.

The building is 33 stories high with over 465 apartments.