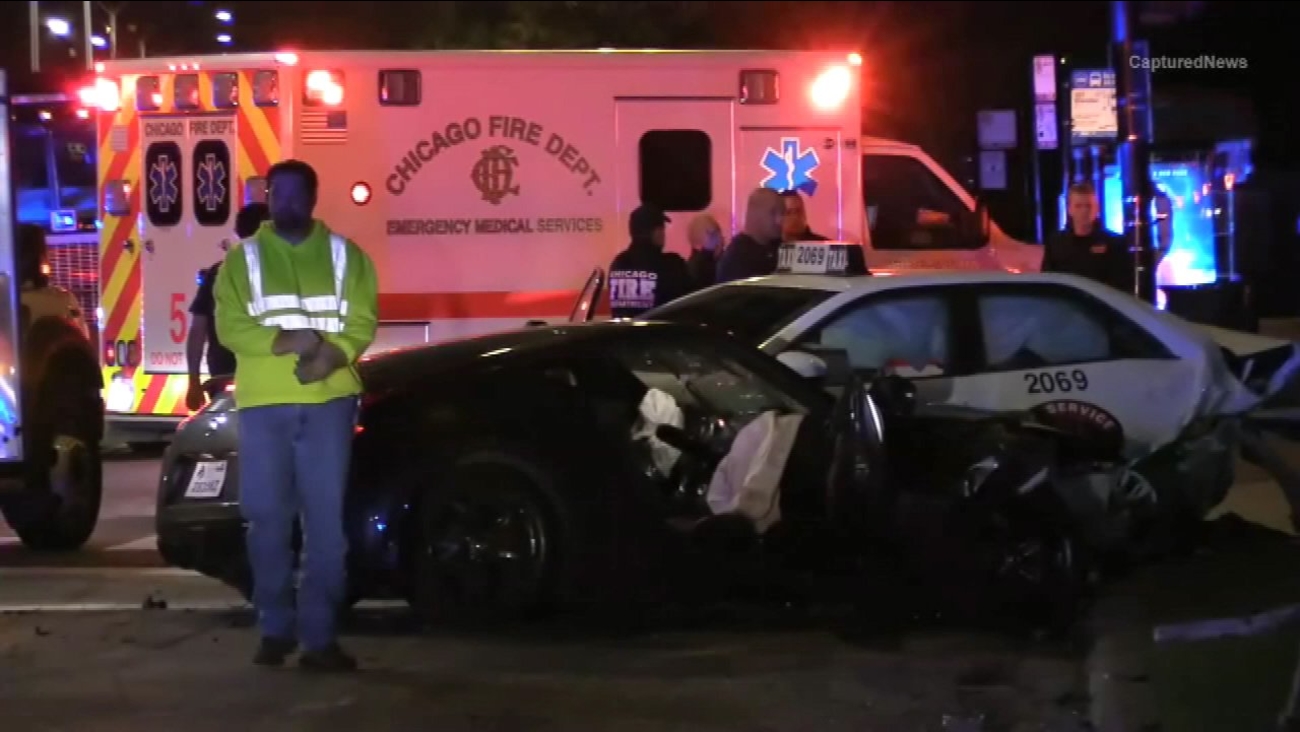 CHICAGO (WLS) -- Four people were injured early Tuesday morning in a crash involving a taxi and a car in Chicago's Gold Coast neighborhood.

The 39-year-old taxi driver and a 65-year-old woman sitting in the back seat were transported to Northwestern Memorial Hospital. Two 21-year-old men who were in the other car were transported to Advocate Illinois Masonic Medical Center. None of their injuries were life-threatening, police said.

The man behind the wheel of the black car was cited for driving too fast for conditions, failure to reduce speed, failure to keep in the lane, driving without insurance and expired license plates, police said.