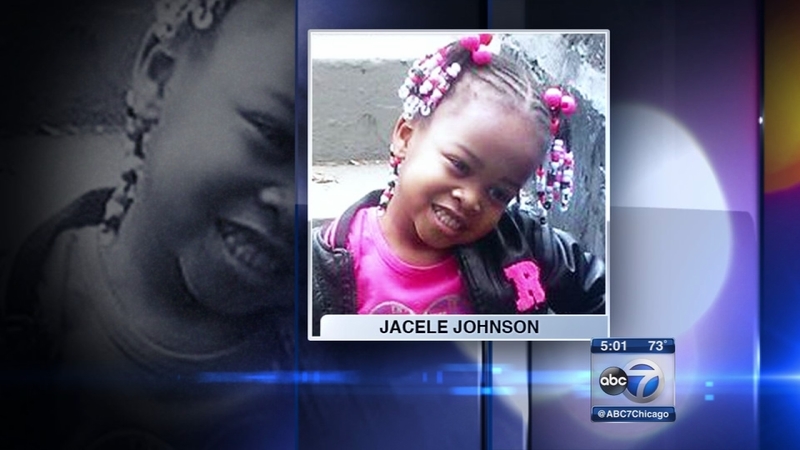 CHICAGO (WLS) -- Four-year-old Jacele Johnson was shot in the head Friday outside of a family prom send-off party in the West Englewood community. She was taken to University of Chicago Comer's Children Hospital in serious condition where she underwent surgery. Over the weekend her condition was upgraded to fair condition.

"She's up, she's speaking, saying that she's hungry," says her father, Marcele Johnson. She's up coloring, I just walked in and she was coloring."

Marcele, who lives in Minneapolis, got the call Friday and immediately drove to Chicago to see his daughter in the hospital.

"I looked at her and I just broke down and I just had to leave," Johnson says. "Me and her mom was crying together and I just got up and walked out the hospital. I couldn't even deal with it."

Jacele was playing in a car when she was shot in the head. Her teenage cousin and another teen were also hospitalized with gunshot wounds.

Community activist and religious leaders are offering rewards to try and urge those with information to come forward.

"With a four-year-old being shot in the head, with over 30-some staples in her head, hopefully someone can have a heart and look past the money that we're putting up, because a life is worth more than any brown penny we can put up," says community activist Andrew Holmes.

While Marcele is focused on his daughter's recovery, he struggles to understand this reality with a gunman at large.

"It's just ridiculous," he says. "My baby never did nothing to nobody, man. Four years old."

Father Michael Pfleger and Pastor Corey Brooks are assisting in funding the reward, which now totals $11,000 for anyone with information that would lead to an arrest or the gun used in the shooting.