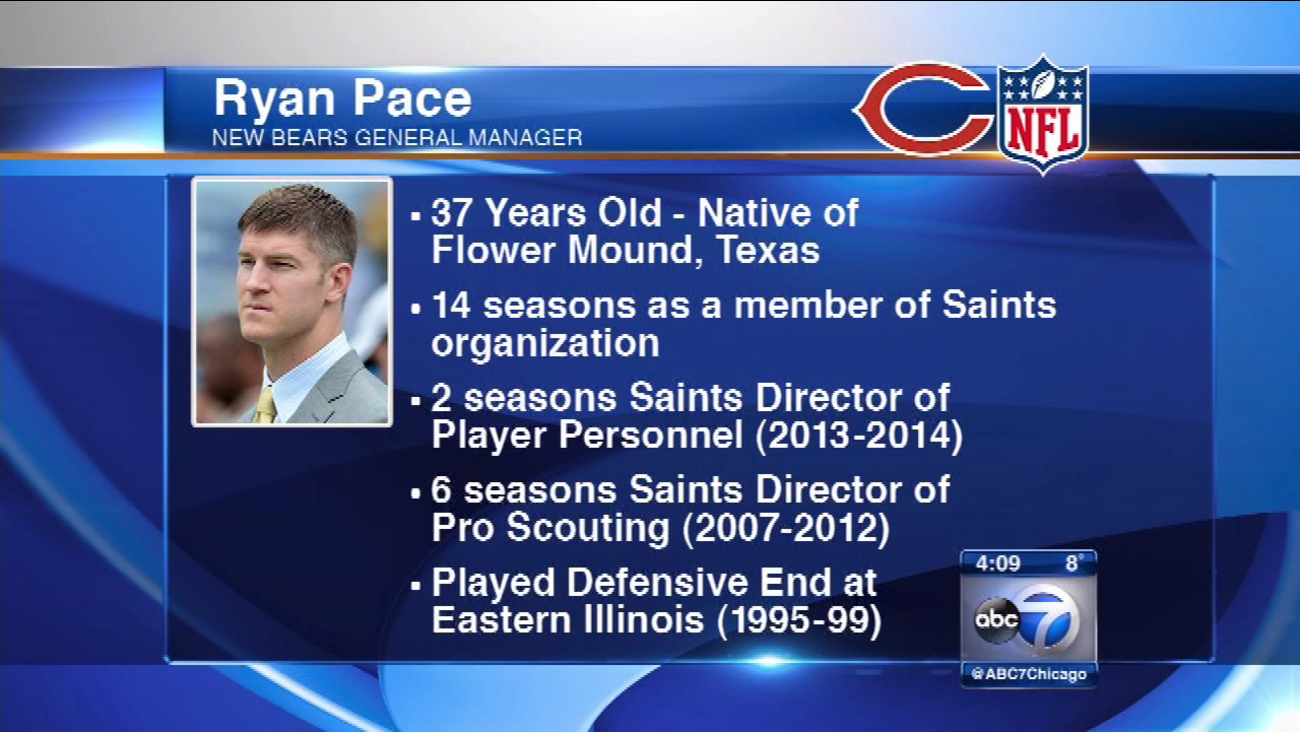 CLICK HERE to watch the News Conference with Ryan Pace LIVE at 11:00 AM Friday.

Pace comes to the Bears after spending 14 seasons with the New Orleans Saints managing pro scouting and player personnel. During his time with the Saints, the team won its first Super Bowl title in 2010, made it to two NFC Championship games and reached the playoffs five times.