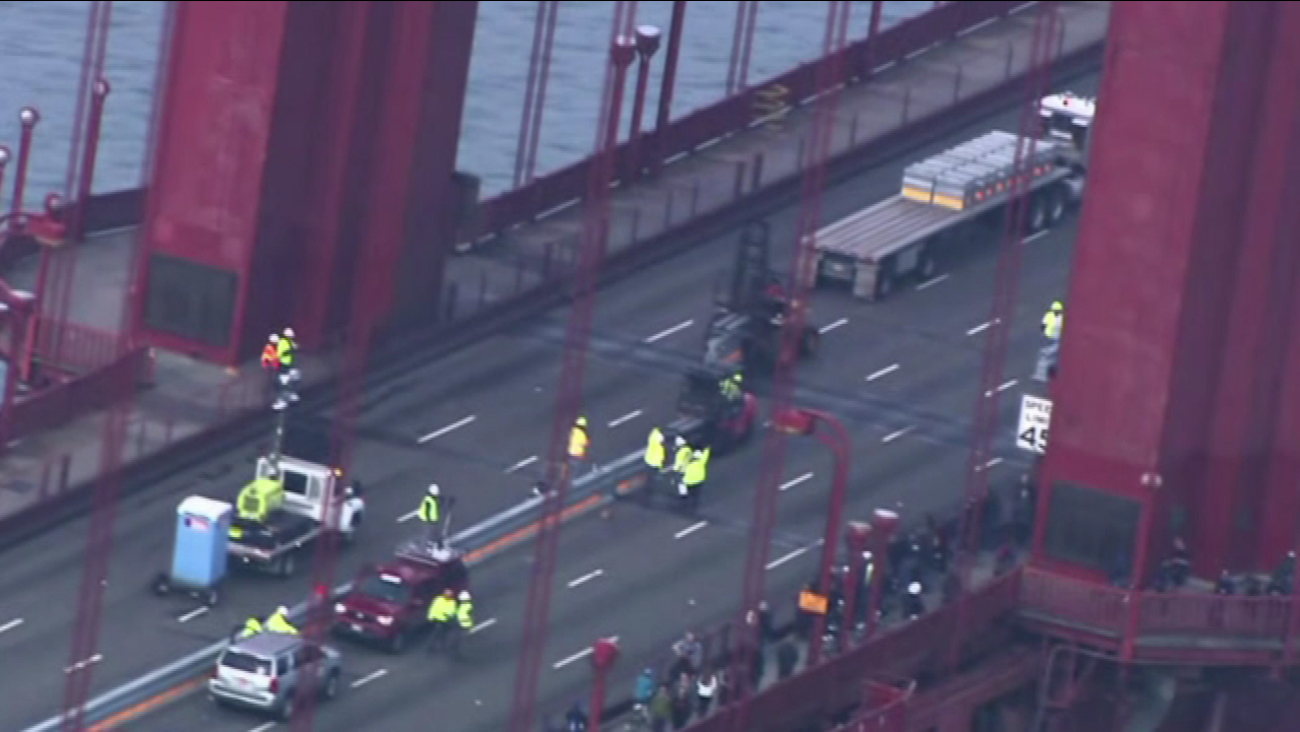 SAN FRANCISCO -- Yellow-clad work crews shared San Francisco's iconic Golden Gate Bridge with only bikers, runners, and seabirds Saturday, as officials shut down the bridge to private traffic for the longest period in its 77-year history to install a safety barrier.

The moveable median barrier is meant to prevent more of what since 1970 have been 128 head-on collisions on the bridge, with 16 fatalities, bridge spokeswoman Priya David Clemens said Saturday.

As she spoke, crews were laying down barriers, installing tracks for the barriers to move on, and plugging holes left by the jutting plastic rods that formerly divided opposing streams of traffic on the bridge, which spans the mile-wide channel between the San Francisco Bay and the Pacific Ocean.

"There's a lot of activity. It feels very lively out here," Clemens said.

The Golden Gate Bridge Highway and Transportation District was allowing pedestrians, cyclists and buses to cross the bridge, which closed to vehicles early Saturday. The bridge is due to reopen at 4 a.m. Monday PST, or earlier if the crews finish ahead of schedule, Clemens said.

To create a moveable barrier, 3,500 steel-clad concrete blocks attached together by steel pins will be installed through the weekend along the 1.7-mile-long bridge and on the approach portion of Highway 101 north of the Golden Gate.

To reconfigure the bridge's six lanes during the rush-hour commute, the 32-inch-tall and 1-foot-wide barrier will be moved using trucks.

The suspension bridge opened in 1937, and previously has closed only for shorter periods, including for celebrations and work projects.