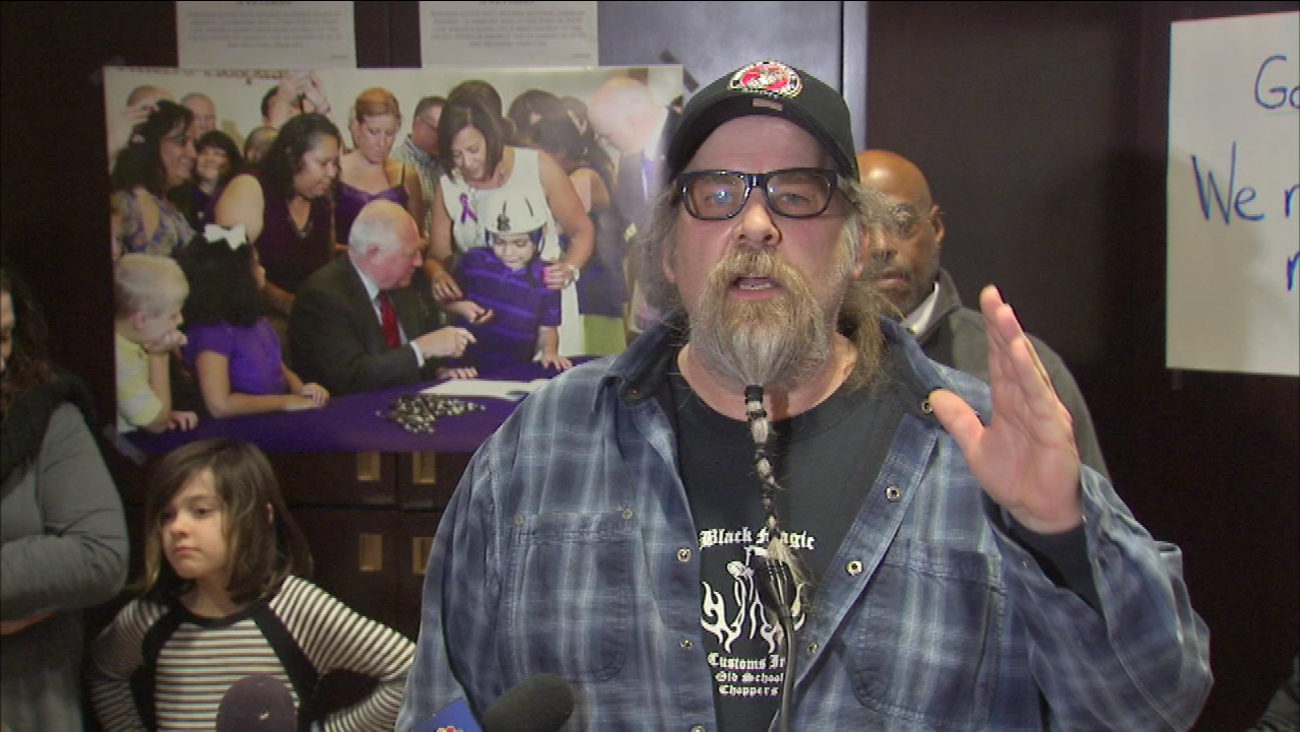 Governor Pat Quinn is being asked to issue licenses for medical marijuana businesses before leaving office on Monday.

CHICAGO (WLS) -- He has just hours left in office, but Gov. Pat Quinn is being asked to issue licenses for medical marijuana businesses before leaving office on Monday.

A group of people who say they or their loved ones could benefit from using the drug made that plea Saturday. Among them is Maria Rabadan.

She was with Gov. Quinn when he signed the medical marijuana legislation in 2013. Her son has a rare form of epilepsy. Marijuana is legal in Illinois for people with certain illnesses, but until the licenses are awarded, it cannot be grown, sold or used.

"We'll take it as a gift from you," Rabadan said. "Please don't go away, don't waste the great job you already did."

"A 5-year-old who gets a brain tumor doesn't have that long. Days matter," said Daniel Gurevitz.

Quinn told the Associated Press that licenses will only be issued when it can be done right.