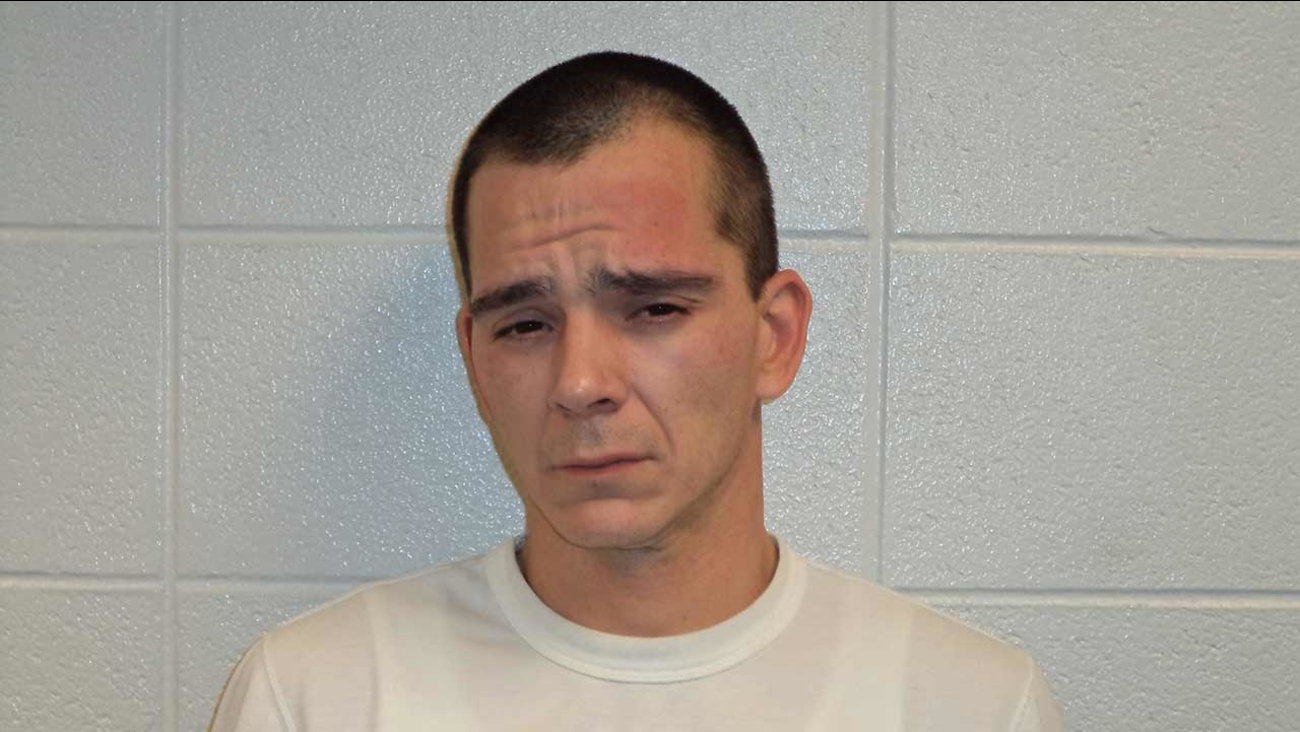 MUNDELEIN, Ill. (WLS) -- A Lake Villa man was found hiding in the bushes at the rear of a business he had allegedly just tried to burglarize, police said.

Lake County Sheriff's deputies responded to a silent alarm at 2:30 a.m. Tuesday at the Family Pantry in the 21000-block of Commercial Drive in suburban Mundelein when the found Glenn Trauthwein, 33, hiding in the bushes behind the store.

Wires to the alarm system and the rear door to the building sustained extensive damage in what appeared to be an attempted forced entry. A police scanner, pry bars, drills and lock-picking tools were found near the door.

Trauthwein is being held in the Lake County Jail on $25,000 bond. His next court date scheduled for January 23.