More than 100 bunnies left out in cold, seized from Brooklyn home 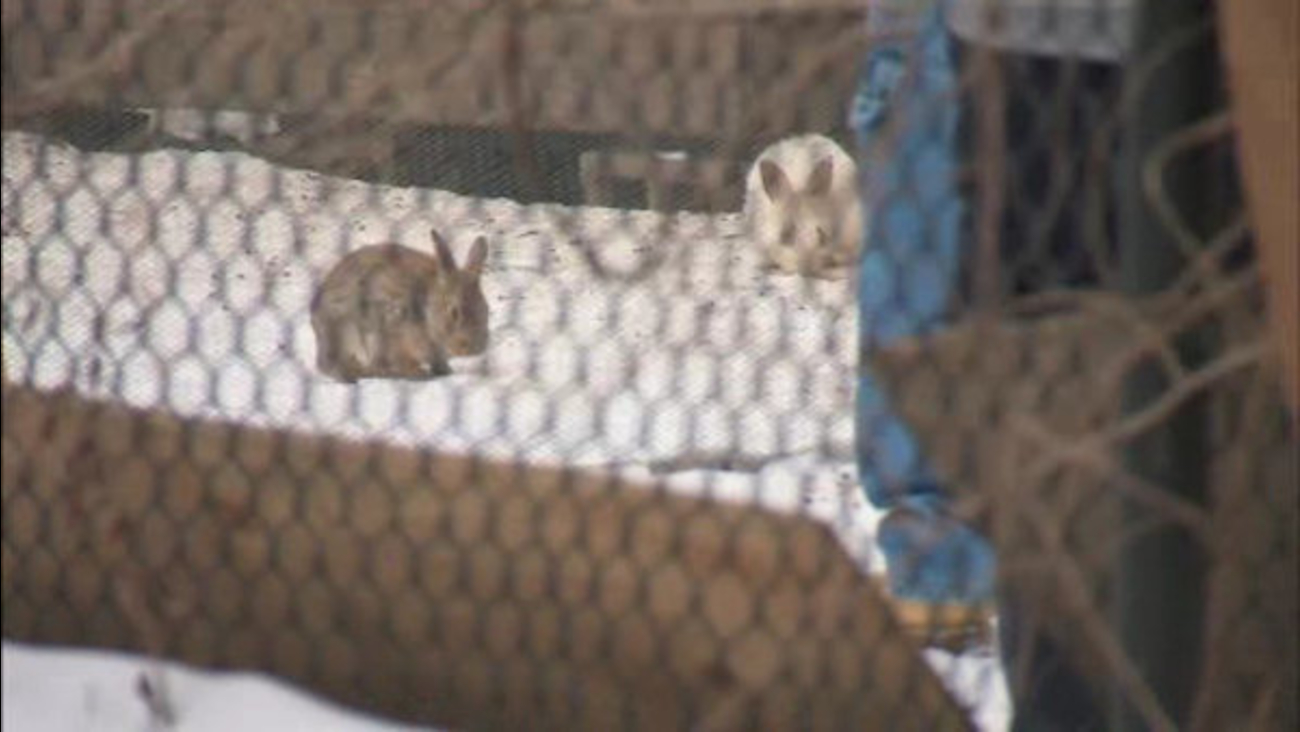 Shivering in the snow, dozens of bunnies were taken from behind a building at 9th Street and 3rd Avenue in Gowanus, Brooklyn. (WABC)

NEW YORK -- Investigators returned to a Brooklyn home to seize more than 100 rabbits on Thursday.

They had already discovered dozens of bunnies.

But they went back and found more rabbits and other animals.

Simply having the bunnies isn't a crime, but just like any pet, they have to be taken care of.

You can see just looking that there is not a lot of shelter from the cold and snow, so police had to take the 173 rabbits so they wouldn't die.

Shivering in the snow, dozens of bunnies were taken from behind a building at 9th Street and 3rd Avenue in Gowanus, Brooklyn.

"I was so scared they would die," said Sandra Liberd, a neighbor.

The owner of the bunnies was nowhere around as workers filled an ASPCA van with stacks and stacks of bunny boxes and cages.

"Yeah, they have shelter, but it's no heat," said Wanda Hernandez, a neighbor.

That's what concerned police. Just Monday, during the snow storm, officers got flooded with calls to rescue 72 rabbits.

"Numerous 911 calls, 311 calls, for the rabbits being left out in the snow storm," said Captain Frank DiGiacomo, of the NYPD.

When police saw the conditions, they knew they'd be back to get the more than 100 rabbits that were still hiding in the yard.

"Most of them have, from being so many rabbits, bite marks and ear mites. Then others, you know, fevers," DiGiacomo said.

Some of the illnesses are so severe that many of the bunnies will be euthanized. One neighbor told Eyewitness News that the rabbits have been kept in these heartbreaking conditions for the last year.

"It's outrageous and cruel and somebody should have done something about this a long time ago. I mean at least build something for them all, at least a house to put them in. Don't just let them run out in the frigging cold," said Leonard Goodstein, a neighbor.

The woman who owns the bunnies was not arrested; however police told Eyewitness News she could eventually face charges for inhumane conditions and animal cruelty one they are all inspected by a veterinarian.