WLS
By Diane Pathieu
LIBERTYVILLE, Ill. (WLS) -- Five SUVs were stolen from a dealership in Libertyville and one of the cars crashed in Racine County, Wis. after a police pursuit late Sunday night, police said.

The thieves broke into a side door at Gregory Infiniti, got inside and drove off with several loaner Infiniti SUVs. All of the stolen cars had a temporary license plate from the dealer and one was involved in a high speed chase with police in Racine County, police said.

Authorities were chasing the suspect in the stolen SUV for four miles at speeds of up to 115 miles-per-hour on I-94 before they crashed into another car.

Deputies saw all five of the stolen SUVs in Kenosha County speeding without their lights on and swerving and using the shoulder.

At about 11:36 p.m., the Racine County Sheriff's Office was alerted about the five stolen vehicles heading north on I-94. A Racine County deputy then spotted one of those vehicles as they headed north and that's when the chase started.

Police deployed spike strips and the stolen SUV hit those strips and crashed into another vehicle before going into a ditch. The two suspects took off on foot and are still on the loose.

The people in the other vehicle received minor injuries. The SUV is described as a total loss.

Wisconsin authorities said the suspects may be in the Milwaukee area with the other four stolen SUVs. Canine units were used to search for the two suspects who fled on foot after crashing.

Several surveillance cameras around dealership were not able to capture the incident.

This is the fourth week in a row thieves have pulled off this type of crime at car dealerships across Chicagoland.

Just last week, six cars were stolen from an Infiniti dealership in Clarendon Hills and five were taken from Lucky Motors in Villa Park. Only 3 cars were recovered in those case. 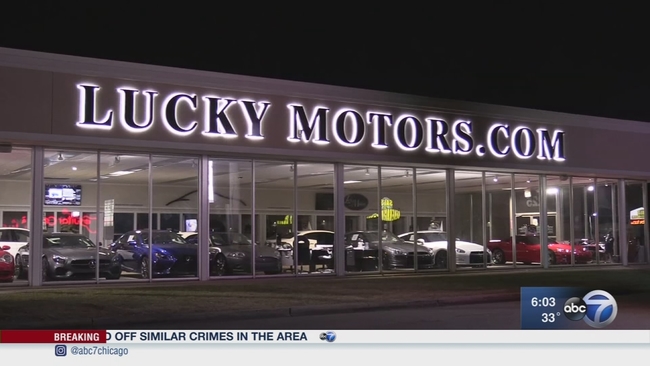 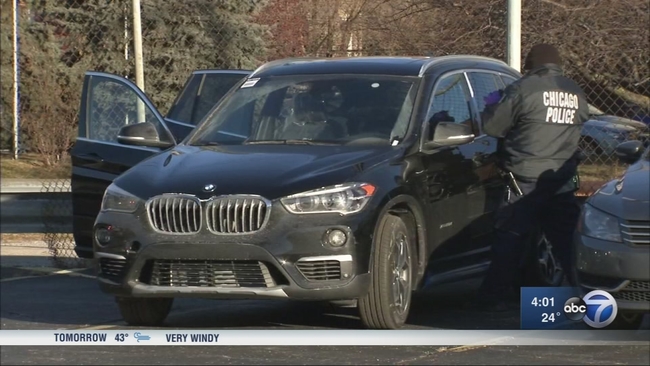