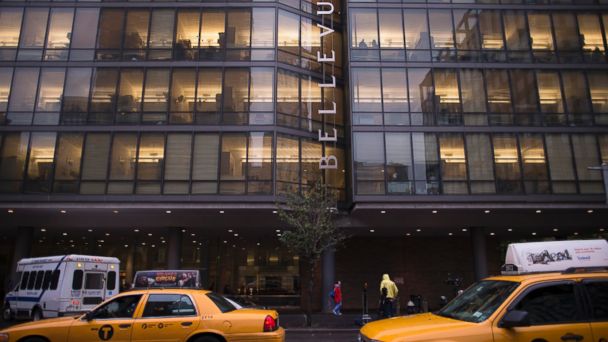 -- A 5-year-old boy who returned home from Guinea on Saturday has tested negative for Ebola at New York City's Bellevue Hospital where he is in isolation with his mother, officials said this evening.

"Out of an abundance of caution, further negative Ebola tests are required on subsequent days to ensure that the patient is cleared," the city's Health and Hospitals Corp. announced in a statement. "The patient will also be tested for common respiratory viruses. The patient will remain in isolation until all test results have returned."

The boy was transported to Bellevue Hospital on Sunday night because of his travel history and initial reports that he had a fever, but he actually had no symptoms when he first arrived at the hospital, officials said. The mother has shown no Ebola symptoms.

The boy, whom authorities have not named, developed a fever this morning, prompting the Ebola test, officials told ABC News.

Meanwhile, Dr. Craig Spencer, who tested positive for Ebola on Thursday, is in an isolation unit at the same Manhattan hospital. After Spencer's diagnosis, his fiancee remains under quarantine at home, as are two friends. None has shown symptoms of the virus.

Spencer has gastrointestinal symptoms, which health officials said were "anticipated." He was described as awake and communicating.

He became the fourth person to be diagnosed with Ebola in the United States after he was hospitalized Thursday. He developed a fever that morning and alerted authorities, who transported the doctor from his Harlem apartment in a specially designated ambulance.