CHICAGO (WLS) -- A twin engine plane ran off the runway while landing at Midway Airport Monday afternoon. No one was seriously injured, according to the CFD.

Only the pilot was on board. Chicago Fire Department officials said he or she is shaken but does not appear to be seriously injured and is being evacuated on the scene by paramedics.

Officials said it appears the landing gear on the Piper 31 collapsed during the landing. The small, privately owned plane came to rest upright.

The FAA is investigating, official said. 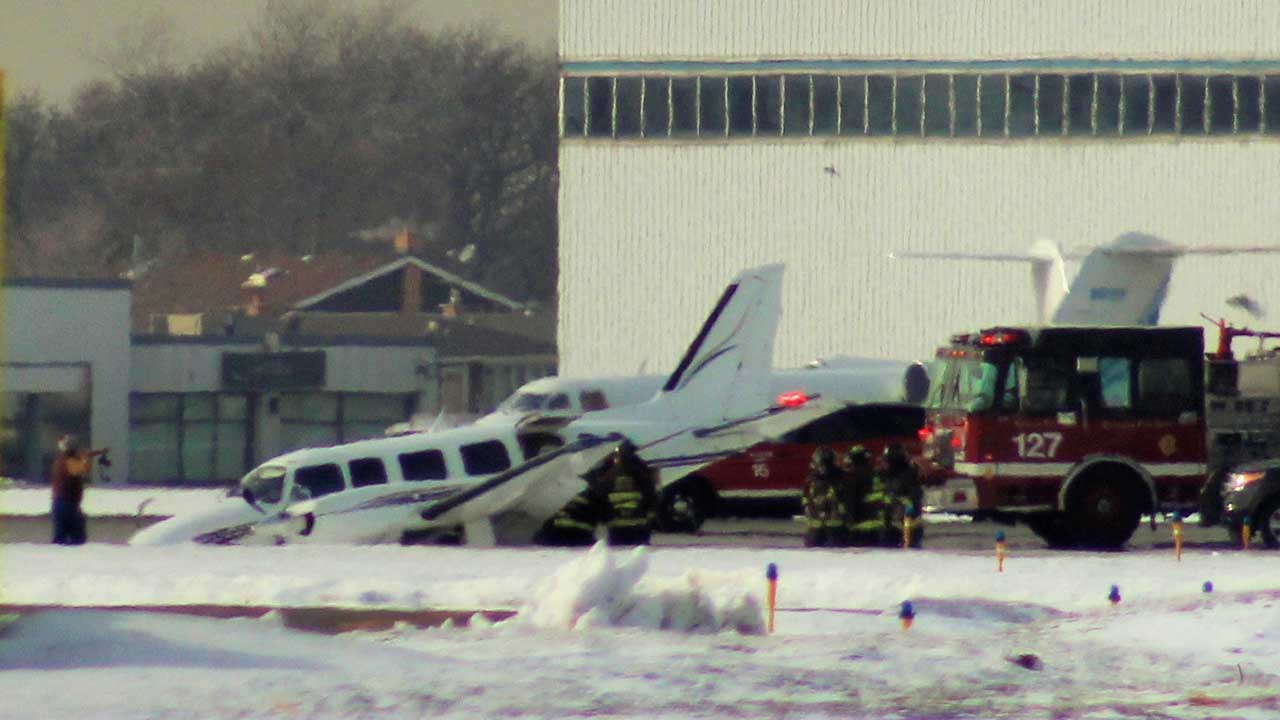