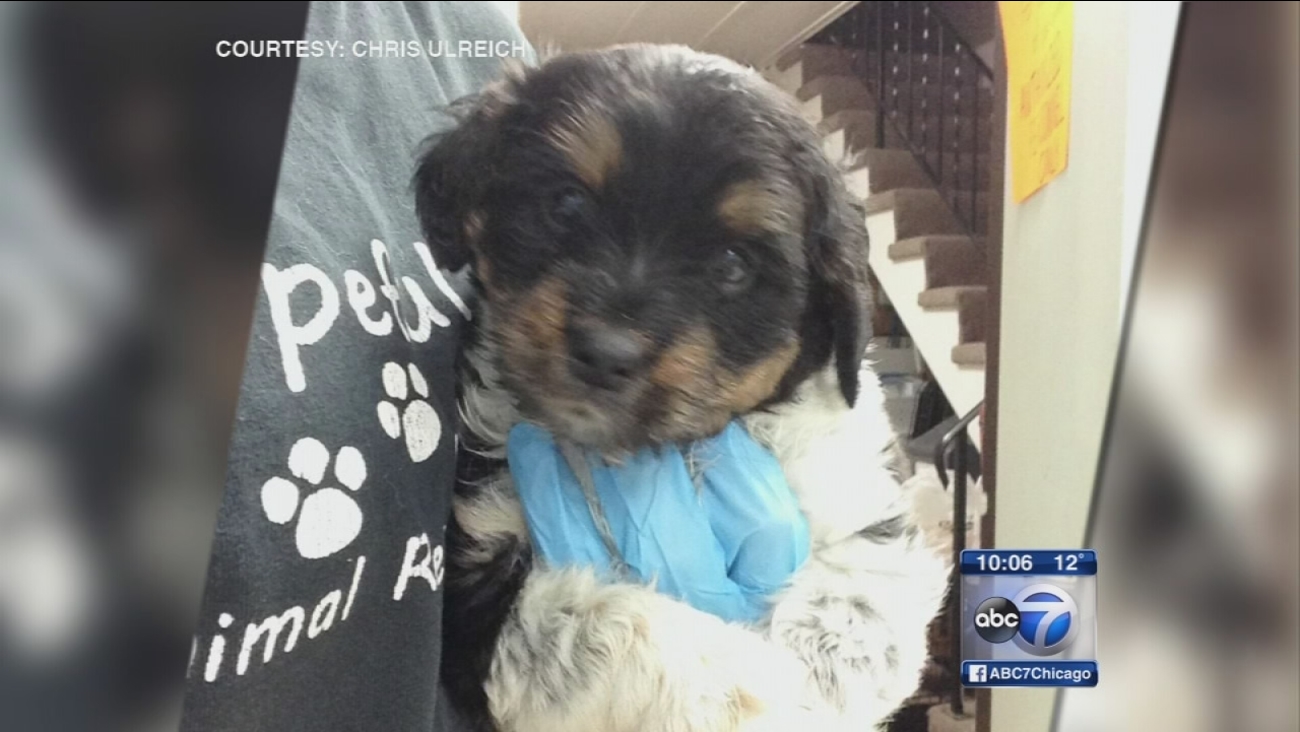 A shih tzu-poodle mix was stolen Monday from Hopeful Tails Animal Rescue, a Joliet non-profit where volunteers come and go all day. (WLS)

JOLIET, Ill. (WLS) -- A sick dog who needs special care is back at a Joliet animal shelter after a puppy thief allegedly targeted the designer breed.

Joliet police confirm that at around 7 a.m. Wednesday, a woman dropped off the stolen puppy at a police station. She said she saw the puppy on TV. The woman claims that her daughter received the puppy as a Valentine's Day gift from her boyfriend.

The boyfriend claims he got it from an African American man from Lynwood. No charges have been filed nor persons of interest named. The puppy is back at the shelter and seems fine, police said.

The puppy, which needs medicine for an upper respiratory infection, was stolen in the middle of the day while there were people in the next room.

The shih tzu-poodle mix is less than eight weeks old and hadn't even been named yet. It was stolen Monday from Hopeful Tails Animal Rescue, a Joliet non-profit where volunteers come and go all day.

"Unbelievable. Shocking. I don't know what else to say about it. None of us can believe it happened," said Chris Ulreich, Hopeful Tails Animal Rescue.

Workers were in a different part of the building caring for other canines when one or more thieves entered around midday and snatched the puppy from its cage in a back room, ignoring several other dogs.

"It's a designer dog, I guess, they call it. So it is worth about $800 on the market, from what we're told," said Dep. Chief Alan Roechner, Joliet Police Dept.

"It does seem that someone had knowledge of this dog, our building, our layout, something. It doesn't appear to be completely random," Ulreich said.

This type of crime is hardly new. Last year, a woman was charged after cameras captured her at Petland in Naperville, putting a dog in her purse and walking out of the store. The same business was hit again months later when a man simply left with a dog in hand.

And it's happened in Joliet before. A man was seen on video walking out with a dog under his jacket in January 2013. In many cases, dogs have been returned. 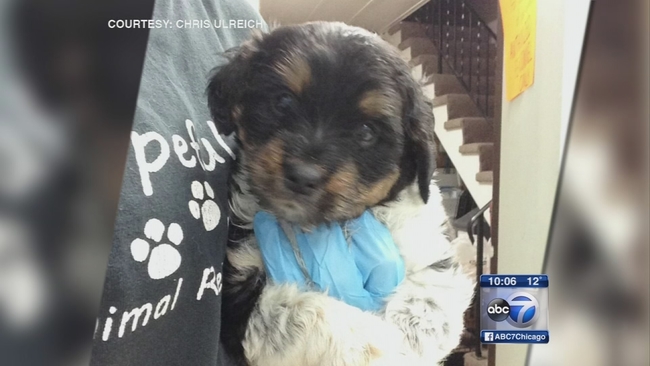