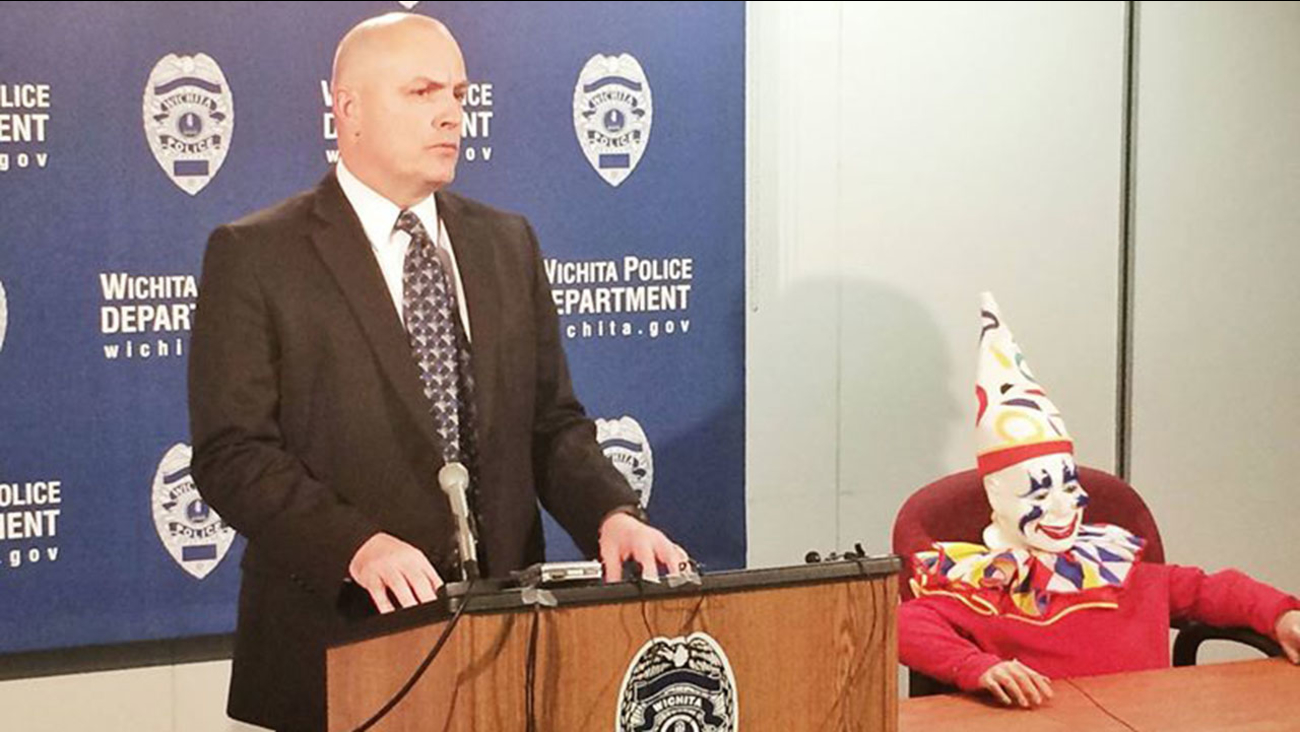 (Courtesy of the Wichita Police Department)

WICHITA, KS -- A ceramic clown that went missing from a closed Wichita amusement park more than a decade ago has been found at the home of a sex offender who once worked at the park.

The return of Louie the Clown, the mascot of the Joyland amusement park, was announced during a media briefing Thursday.

Wichita police say officers found the clown statue Tuesday at a home of 39-year-old Damian Mayes, who is serving a prison sentence for a 2010 conviction for aggravated indecent liberties with a child and aggravated criminal sodomy

Mayes built and repaired organs at the park before he was charged.