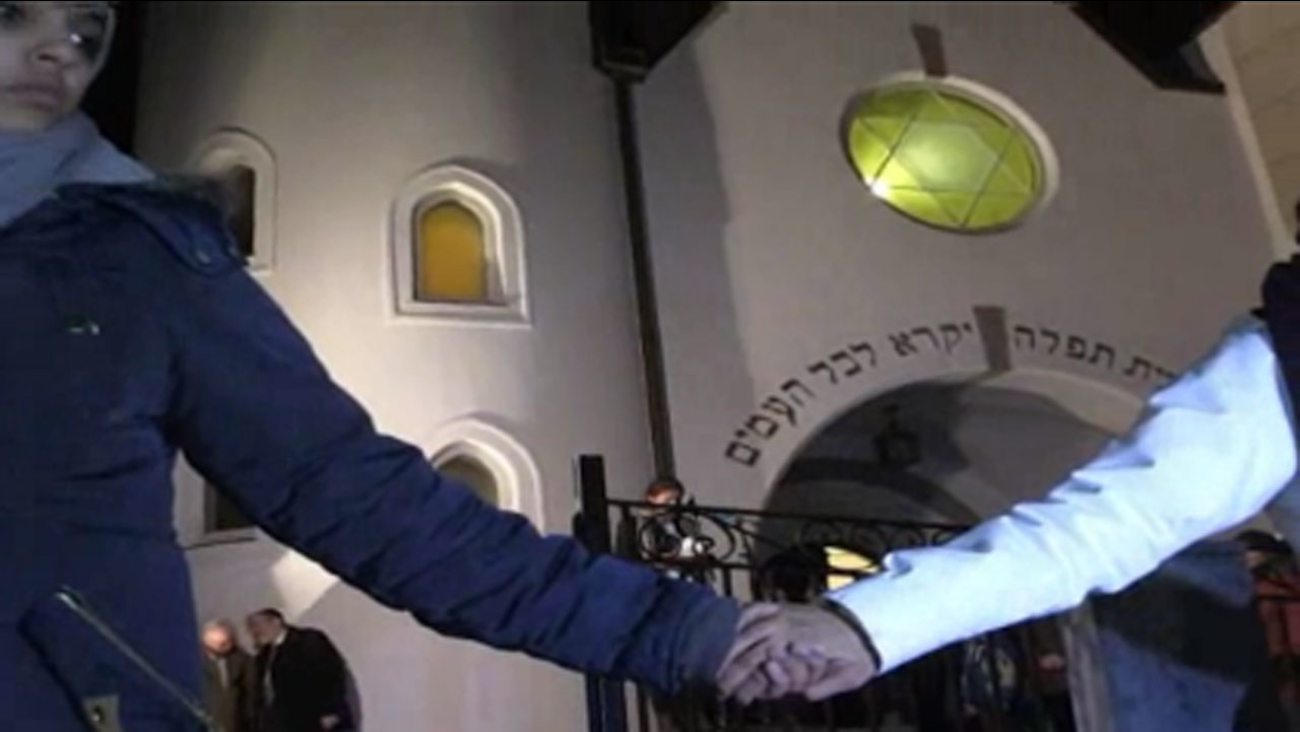 COPENHAGEN, Denmark -- More than 1,000 people formed a "ring of peace" Saturday outside Oslo's main synagogue at the initiative of a group of young Muslims.

The event in the Norwegian capital follows a series of attacks against Jews in Europe, including the terror attacks in Paris in January and in neighboring Denmark last week.

One of the eight independent organizers of Saturday's event in Oslo, Hajrah Arshad said the gathering shows "that Islam is about love and unity."

"We want to demonstrate that Jews and Muslims do not hate each other," co-organizer Zeeshan Abdullah told the crowd, standing in a half-circle before the white synagogue. "We do not want individuals to define what Islam is for the rest of us."

"There are many more peace-mongers than warmongers," he added.

Co-organizer Hassan Raja said it was the first time he heard the song.

Several European countries have seen an increase in anti-Semitic incidents recently, starting when the conflict between Israel and Palestinian militants in Gaza intensified last year.

In Paris, three Muslim gunmen killed 17 people at a kosher grocery, the offices of weekly Charlie Hebdo and elsewhere in early January. Last week a single assailant in Copenhagen killed a Jewish security guard outside a synagogue and a Danish filmmaker attending a free speech event.