WLS
CHICAGO (WLS) -- An Illinois State trooper badly injured in a crash earlier this year is finally out of the hospital and Sunday morning he showed up at an event that honors law enforcement officers who've fallen in the line of duty.

Thousands of law enforcement personnel were present Sunday to honor fallen Chicago police officers. There was somebody in the crowd though that nobody expected to see.

Getting around in a wheelchair, and finally out of the hospital, Illinois State Police Trooper Doug Balder is walking again. 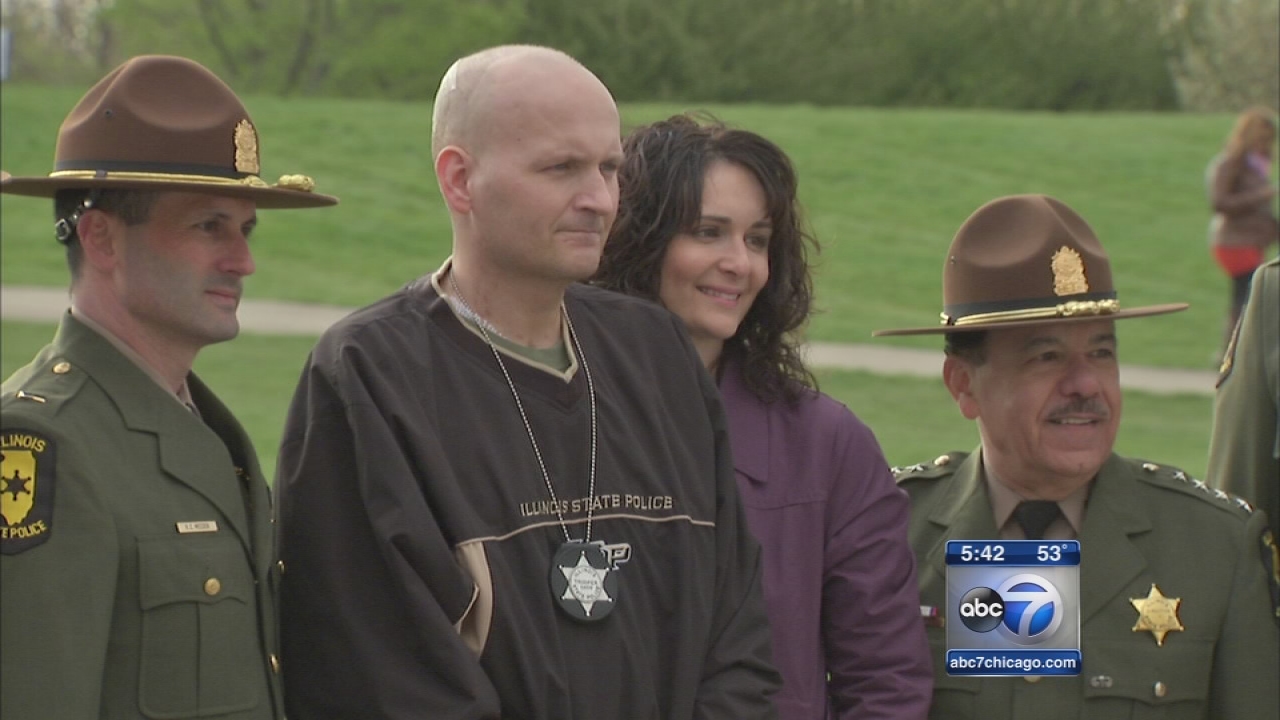 Injured trooper released from hospital
An Illinois State trooper badly injured in a crash earlier this showed up at an event that honors law enforcement officers who've fallen in the line of duty.

Balder survived a fiery crash on I-88 in January. He and tollway worker Vincent Petrella stopped to help a stranded semi-truck driver on the shoulder, another semi slammed into them.

After months of recovery, he wanted to be there Sunday to say thank you to his fellow troopers.

"It's amazing the amount of support that has come to our home to my wife, to me, from the state, the navy, friends, family," Trooper Balder said. "The support base has been very, very strong and it means so much. I don't know that we could have done it without everybody and what they've done for us."

Thousands of officers in uniform were there for the 82nd annual Chicago Police Department Saint Jude Memorial March, honoring officers killed in service.

Departments all across the area come out, including Trooper Balder's colleagues with the Illinois State Police.

"This is where he wanted to be," said Hiram Grau, ISP Director. "You know he just got released last week, to go into rehab but he wanted to be here with his fellow troopers and with police just to thank everybody."

Trooper Balder says although he is doing ok, he has a lot of rehab to get through.

Renato Velasquez was the driver of the semi that slammed into Trooper Balder.

He's charged with four felonies in relation to the crash. He's pleaded not guilty.