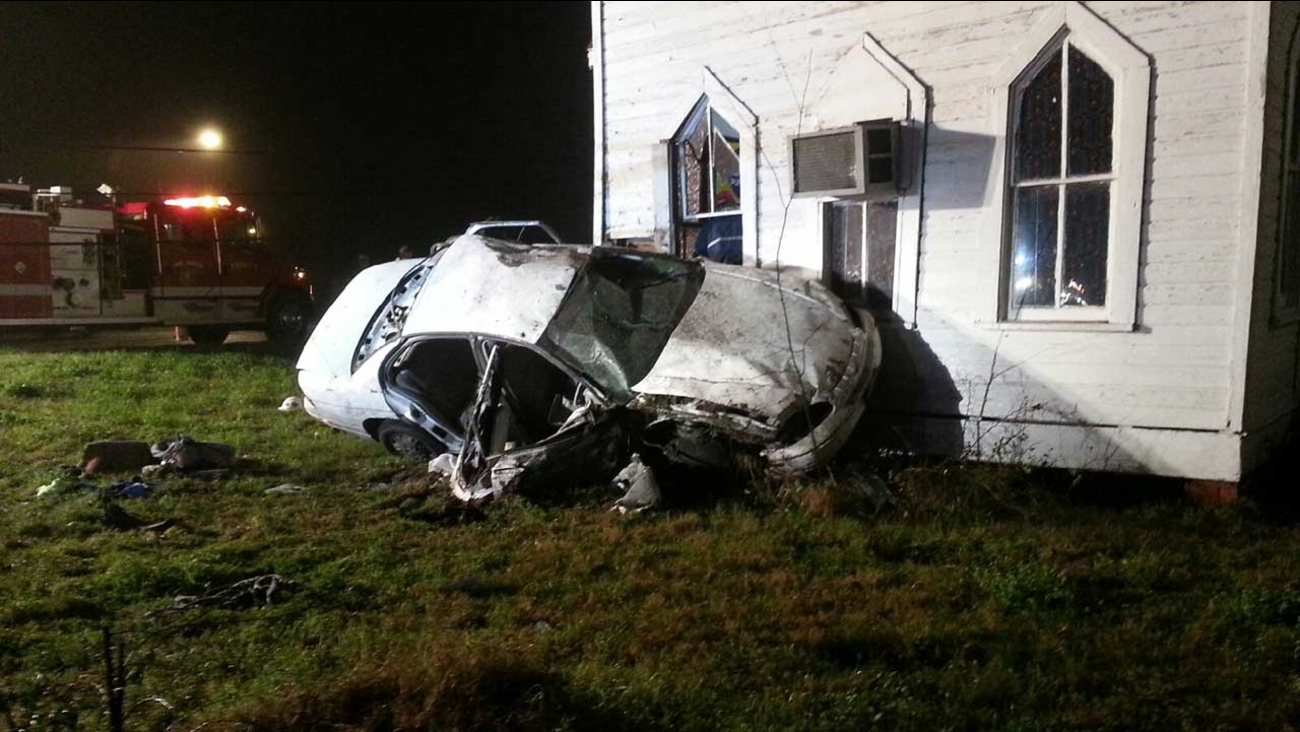 An ABC-13 viewer sent us this photo of the car after the accident. Luckily, there were no serious injuries

TRINITY, Texas -- A Texas woman is lucky to be alive after her rolling vehicle threw her through a church window into a pew early Tuesday morning. The accident happened about 4:30am near Highway 19 and F.M. 1617 in Trinity in east Texas.

The Trinity Police Department says the woman was a passenger in the car with another man and an infant when the car left the roadway, flipping several times. Neither the man nor the woman had seat belts on and both were ejected from the vehicle. The infant was in a car seat and loosely seat-belted in and remained in the car unhurt.

The woman could have been thrown into the side of the church, but luckily, went through a stained glass window before landing on the floor in front of a pew. The woman suffered only minor injuries, not even getting cut when thrown through the glass. Trinity Police Chief Steven Jones said the Trinity Chapel church is an historical building and thinks the brittle wood and stained glass of the window broke away easily.

The male passenger was able to walk away after the accident and all three occupants of the car were taken to East Texas Medical Center in Trinity. The cause of the accident is unknown but the accident happened near a fork in the road and the pavement was slick.