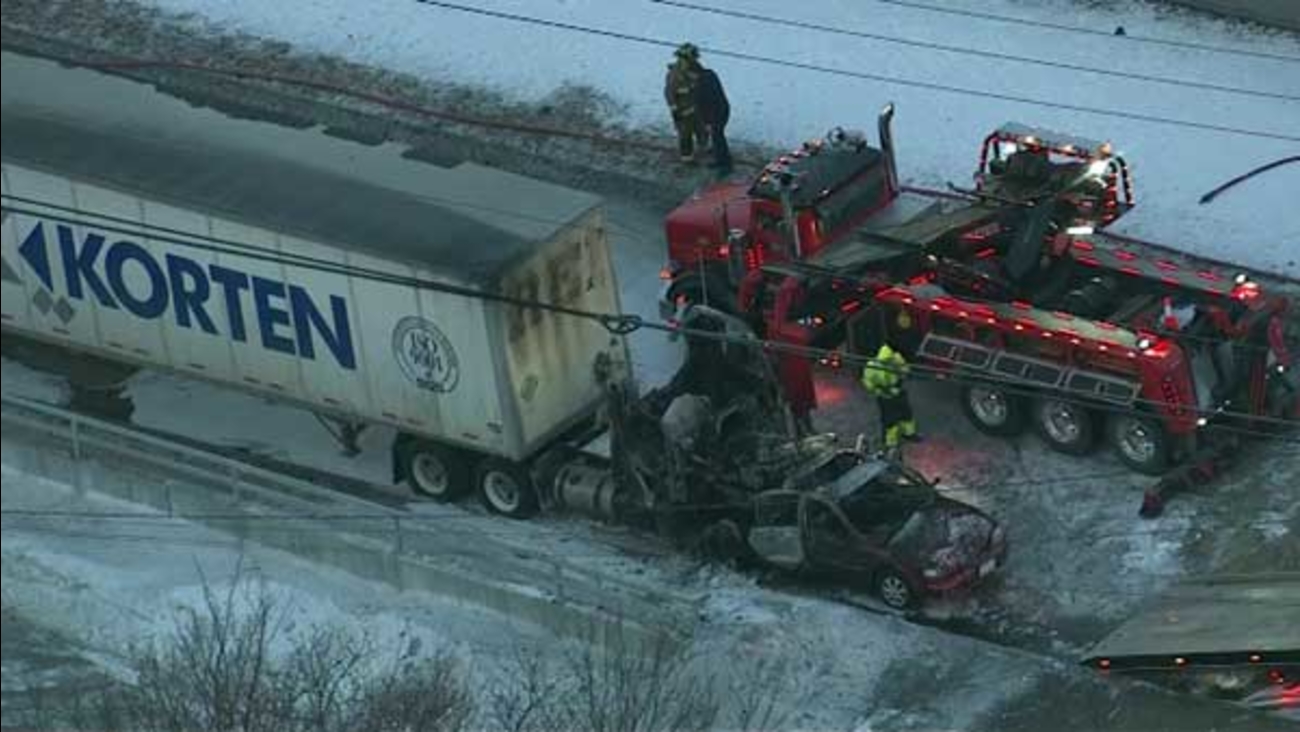 LONG GROVE, Ill. (WLS) -- No one was injured after fire consumed the cab of a semi that rear-ended a car in north suburban Long Grove.

Emergency crews responded to a report of a person trapped and a vehicle fire near Route 83 and Aptakisic Road around 5 a.m. Friday. They soon learned no one was trapped in either vehicle, but both caught fire.

The cab of the semi truck appeared to be completely burned, and the rear end of the car appeared to have significant damage. Fortunately, no serious injuries were reported.

Police closed the northbound lanes of Route 83 to clear the scene and investigate the crash. As of 7:10 a.m. Friday, Lake County Sheriff's police were waiting for salt trucks to arrive before lifting the closure.