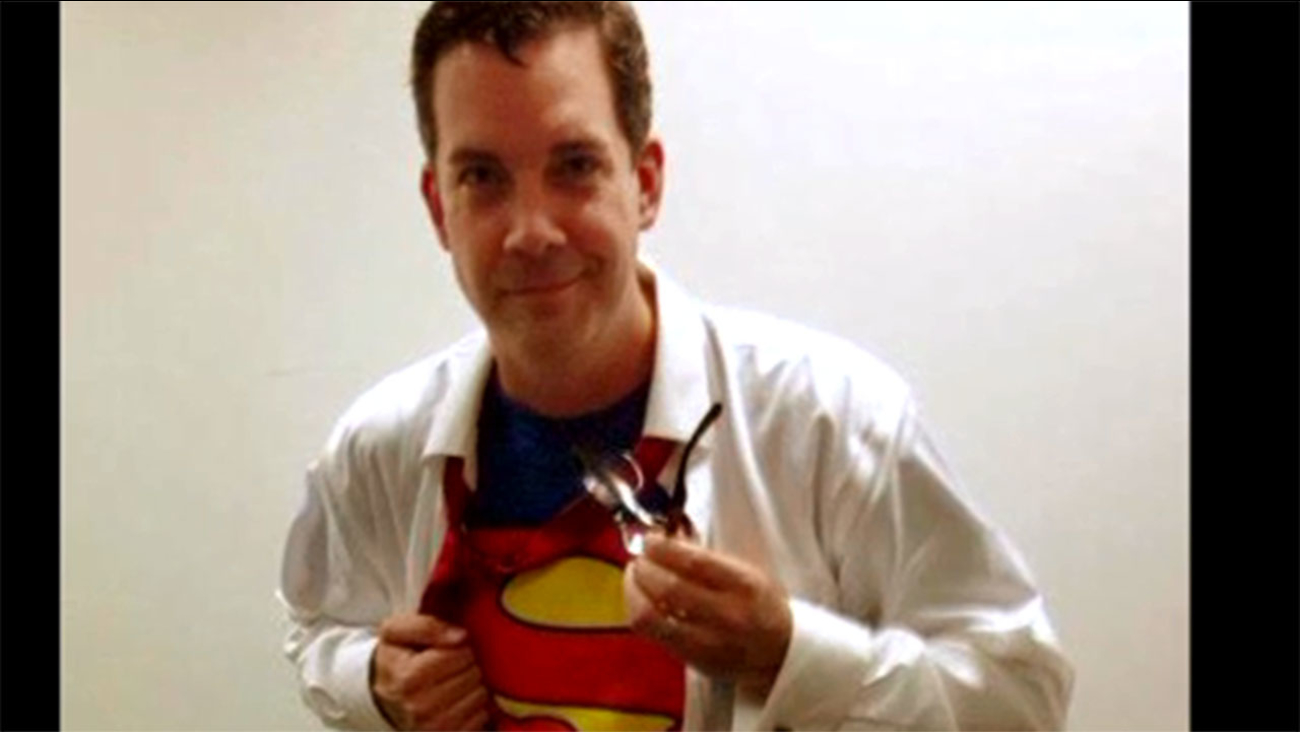 Chris Kmetz laughed loud, lived large, and in the end was the superhero he always wanted to be, according to his widow, Jackie.

The father of two died when his car flipped into a retention pond. His kidneys were donated to two strangers.

"That's something we've both been very passionate about," Jackie said.

Kmetz was a big fan and collector of Superman. He wore a Superdad shirt at the hospital after his accident as his two children said goodbye.

"The kids were dressed in their Superman shirts. Superman's a very big role model for my husband, kind of the epitome of who he wanted to be," Jackie said.

Each Halloween, Kmetz dressed up like Clark Kent. Friends and family said he resembled his humble hero.

"Chris was known for having been someone who'd give shirt off his back for
anybody at any time. He's a very selfless guy," Jackie said.

When Kmetz died last month, his wife sent a message to friends.

"In true superhero fashion, Chris passed away today and saved 2 lives," she wrote.

Of the 100 million registered organ donors in the U.S., only 8,000 met the specific medical criteria last year.

"Less than 1 percent of the people who die in a hospital meet those criteria," Kevin O'Conner, Lifecenter Northwest, said.