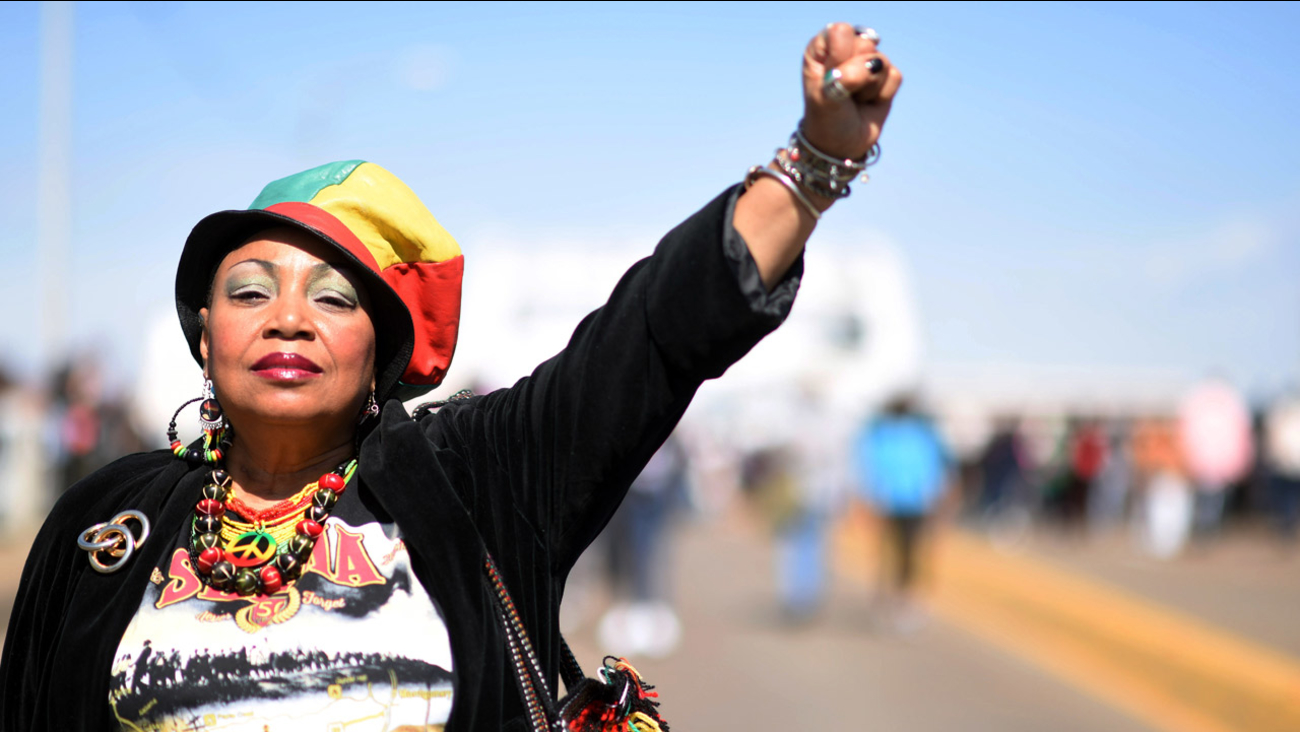 Mercedes Binns, who has been to Selma 17 times because of its civil rights history, walks on the Edmund Pettus Bridge, Sunday, March 8, 2015, in Selma, Ala. (AP Photo/Bill Frakes)

SELMA, Ala. -- Thousands of people crowded an Alabama bridge on Sunday to commemorate a bloody confrontation 50 years ago between police and peaceful protesters that helped bring about the 1965 Voting Rights Act.

A day after President Barack Obama had walked atop the Edmund Pettus Bridge, many jammed shoulder to shoulder, many unable to move, as they recalled the civil rights struggle.

Police said at least 15,000 to 20,000 people had joined the crush on and around the small bridge. Many came around the country for several events commemorating the landmark moment.


William Baldwin, 69, of Montgomery, brought his two grandsons, ages 11 and 15, to the bridge Sunday so they could grasp the importance of the historic march he took part in a half century earlier.

"They're going to take this struggle on and we have to understand the price that was paid for them to have what they have now," Baldwin said. "It wasn't granted to them, it was earned by blood, sweat and tears."

Some sang hymns and others held signs, such as "Black lives matter, all lives matter." The crowd was so large that many appeared barely able to move as they peacefully sought to make their way across.

On March 7, 1965, police beat and tear-gassed marchers at the foot of the bridge in Selma in a spasm of violence that shocked the nation. The attack help build momentum for passage of the Voting Rights Act later that year.

Earlier Sunday, Selma officials paid tribute to the late President Lyndon Johnson for the Voting Rights Act. The attack on demonstrators preceded a Selma-to-Montgomery march, which occurred two weeks later in 1965. Both helped build momentum for congressional approval of the Voting Rights Act later that year.

Luci Baines Johnson accepted the award on behalf of her father, saying it meant so much to see him honored.

"You remember how deeply Daddy cared about social justice and how hard he worked to make it happen," she told a crowd Sunday morning. Several hundred gave her a standing ovation and some chanted, "L.B.J., L.B.J."

She said what happened in Selma changed the world, adding that she witnessed the painful injustice of segregation as a child. She also recalled standing behind her father as he signed the act into law.

An anniversary march from Selma to Montgomery is set to begin Monday morning and culminate with a rally at the Alabama Capitol Friday afternoon.

On Saturday, Obama joined civil rights leaders and others at the bridge and talked about progress in race relations since the 1960s. He mentioned recent high-profile clashes between citizens and law enforcement on the circumstances leading to fatal police shootings and law enforcement tactics toward minorities.

"We just need to open our eyes, and ears, and hearts, to know that this nation's racial history still casts its long shadow upon us," Obama said. "We know the march is not yet over, the race is not yet won, and that reaching that blessed destination where we are judged by the content of our character requires admitting as much."

Obama was joined by others including Georgia Rep. John Lewis - an Alabama native who was among the demonstrators attacked by law officers on a march for equal voting rights.

Historic photos from the 1965 Selma to Montgomery marches 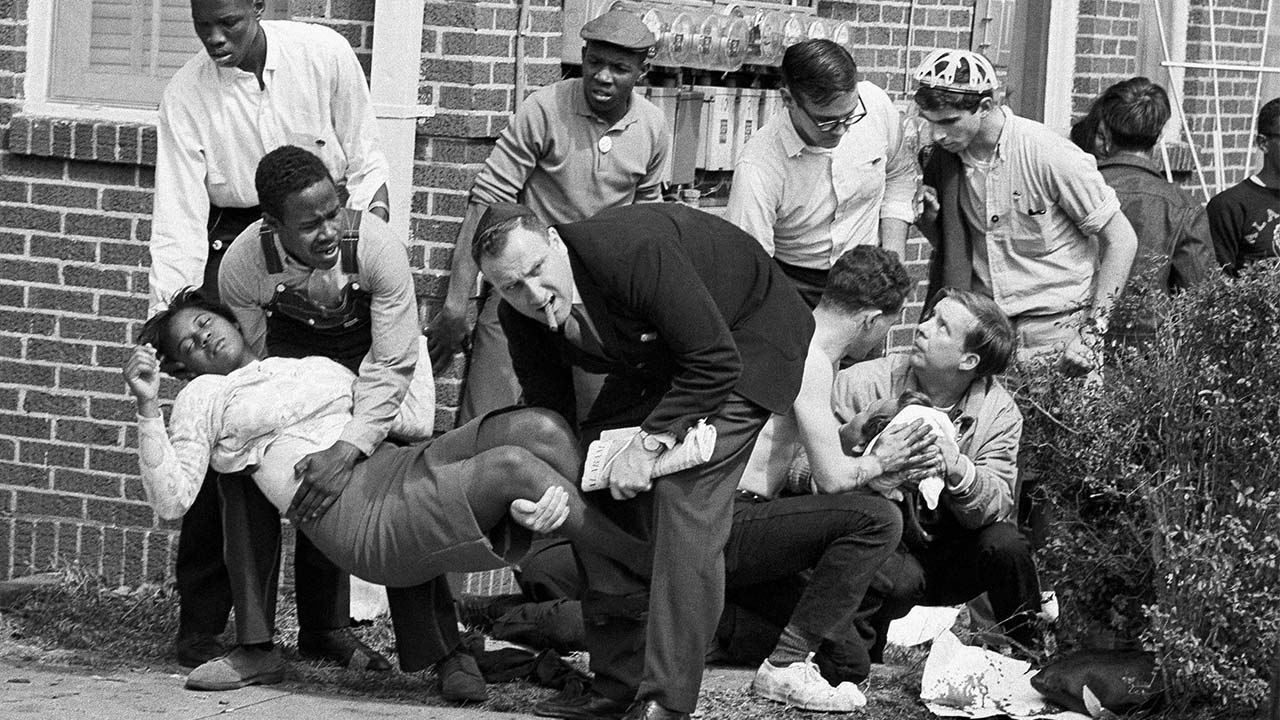 PHOTOS: Selma
PHOTOS: Selma
Bishop Dennis Proctor of the Alabama-Florida Episcopal District said his group brought five buses to the anniversary commemoration. But he told members not to come to Selma if they couldn't commit to fighting to restore protections in the Voting Rights Act that were recently eliminated.

The U.S Supreme Court in 2013 struck down section 4 of the Voting Rights Act which required states with a history of minority voter suppression to get permission from the Justice Department before changing voting laws.

Groups traveled to Selma from across the nation, including five busloads from Nashville.

Gloria Haugabook McKissack, a retired college history teacher who participated in lunch counter sit-ins in Nashville, was the main organizer of the trip from Nashville.

"It just grew as people began to hear that we were going to make this journey," McKissack said.

Among those on the buses were some Freedom Riders.

"It's up to us ... to explain to them what actually happened and why this march is happening," said Ernest Patton, a Nashville Freedom Rider who made the trip. "They should walk up to somebody and say, 'were you a part of this 50 years ago?' And get the history."