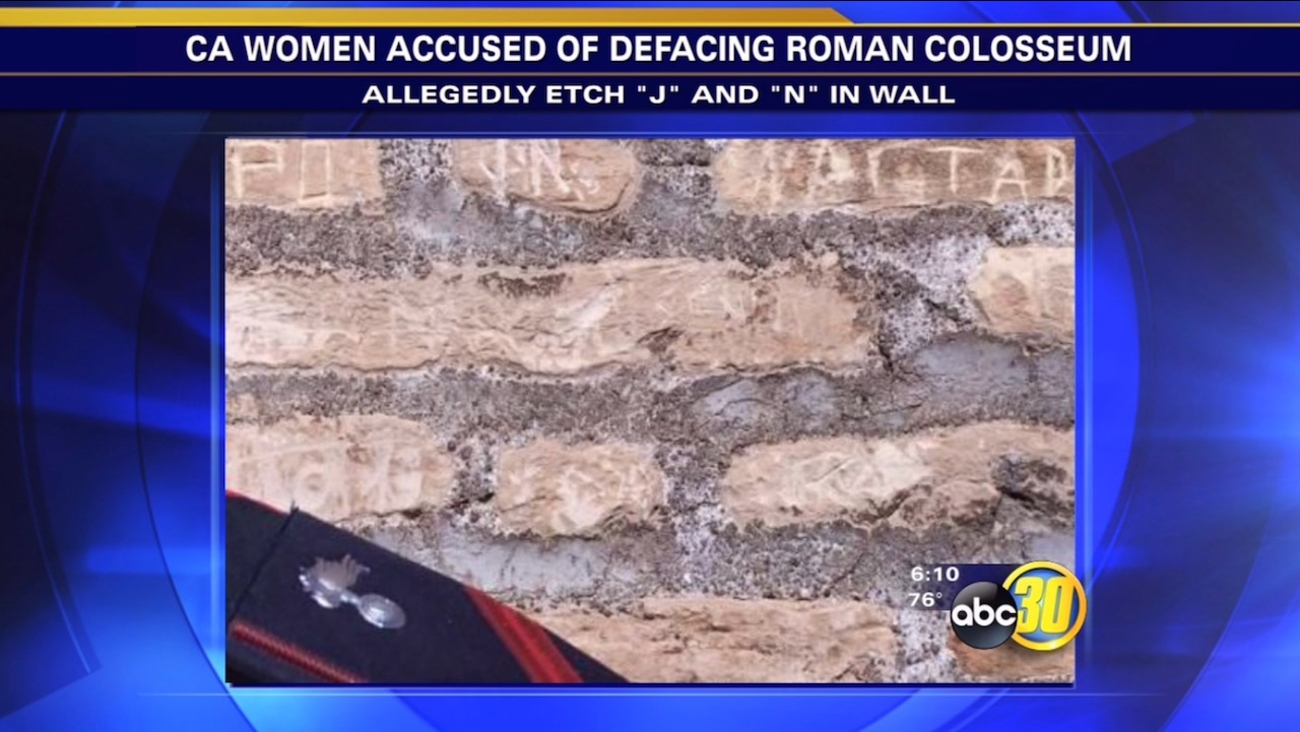 KFSN
ROME -- Two American tourists face charges for carving their names into the Colosseum, the latest act of vandalism sustained by the ancient monument at the hands of tourists, police said Monday.

The tourists from California, aged 21 and 25, were cited Saturday for carving their first names eight centimeters (three inches) high into an upper level of the Colosseum, said Carabinieri Capt. Lorenzo Iacobone.

The two were freed on their own recognizance but will face charges for aggravated damage to a monument. Their names or hometowns were not released by police.

Iacobone said the young women apologized for the vandalism, but he said such acts "are extremely serious. No one considers the damage they are creating."

"They have carved their names into ancient stone. It is not like writing with a pen, and then afterward it can be cleaned up," he said.

A Russian tourist who carved his initials into the Colosseum in November was handed a four-month suspended sentence and a fine of 20,000 euros ($21,270) after opting for a speedy trial. It was the fifth such act of vandalism by tourists last year, including a Canadian tourist who tried to steal a piece of stone from the Colosseum hidden in his backpack.

Union leaders have complained about the lack of personnel to properly monitor Rome's archaeological treasures - with increasing numbers of visitors seeking to leave their trace on antiquity, causing irreparable damage.

With thousands of tourists visiting the monument each day and many hidden corners, Iacobone said it was impossible to monitor everyone's actions.