G.I. Joe villains get key to the city of Springfield, Illinois 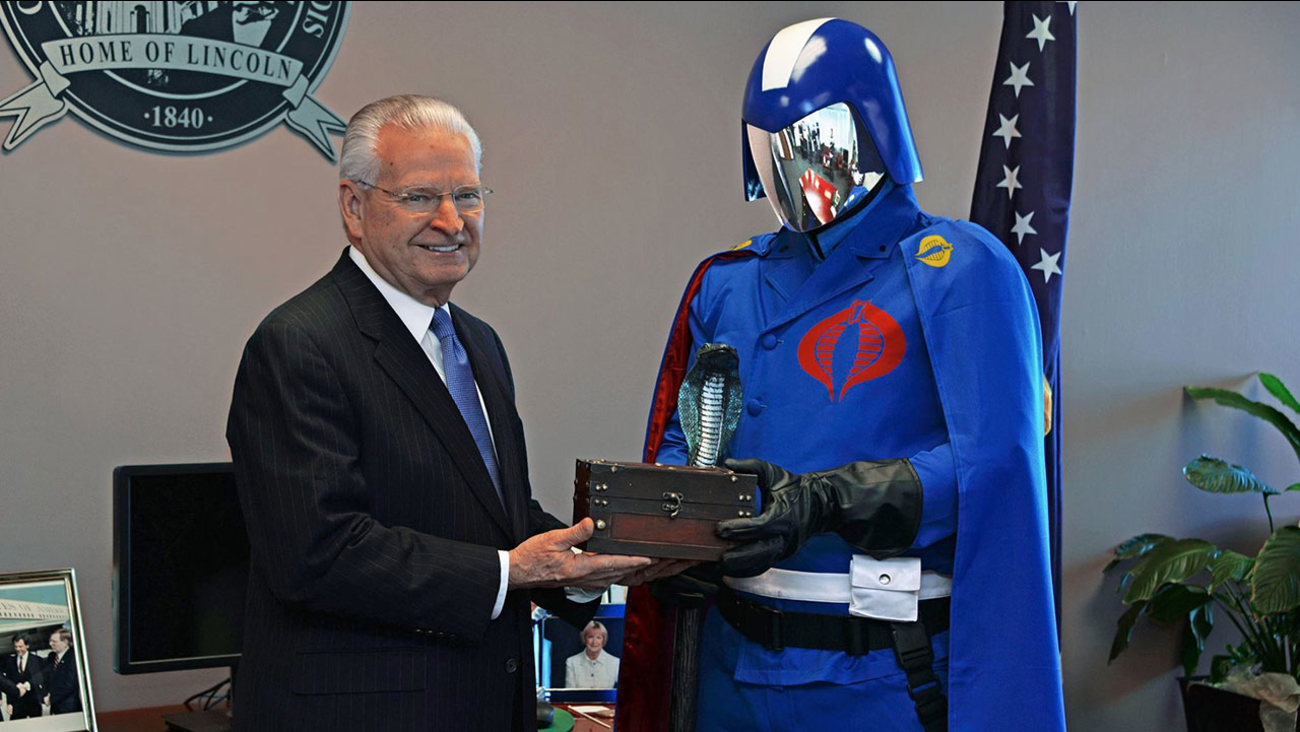 SPRINGFIELD, Ill. (WLS) -- Mayor J. Michael Houston handed over the key to the city of Springfield, Illinois to the G.I. Joes' arch-rivals on Thursday.

Cobra Commander received the key with a request for all Springfielders to join Cobra, the notorious and villainous terror group that the G.I. Joes have sworn to defeat.

Mayor Houston handed over the key in anticipation of the official G.I. Joe Collectors' Convention, which will take place in Springfield from April 9-12 at the Prairie Capital Convention Center.