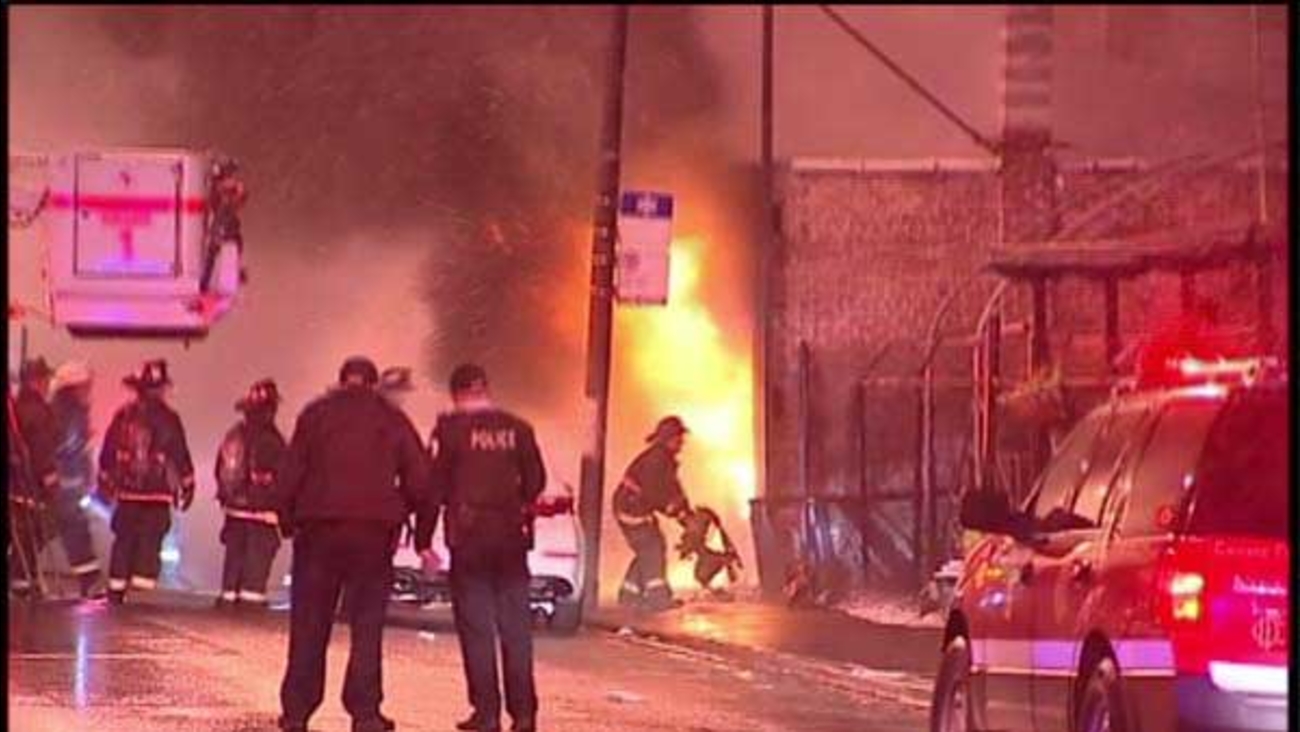 Crews responded to a fire at a commercial building in the 2200-block of West Grand Avenue in the city's West Town neighborhood around 2:40 a.m. Monday.

One firefighter was rescued from the roof of the building as flames shot out of the front of the building. The Chicago Fire Department said he was taken to Rush University Medical Center after an object hit his back. He was later released.

A second firefighter is recovering at St. Mary's Hospital. There is no word on how that firefighter was hurt, but the CFD said the injuries were not life-threatening.

The fire was out by 3:30 a.m. No other injuries were reported.